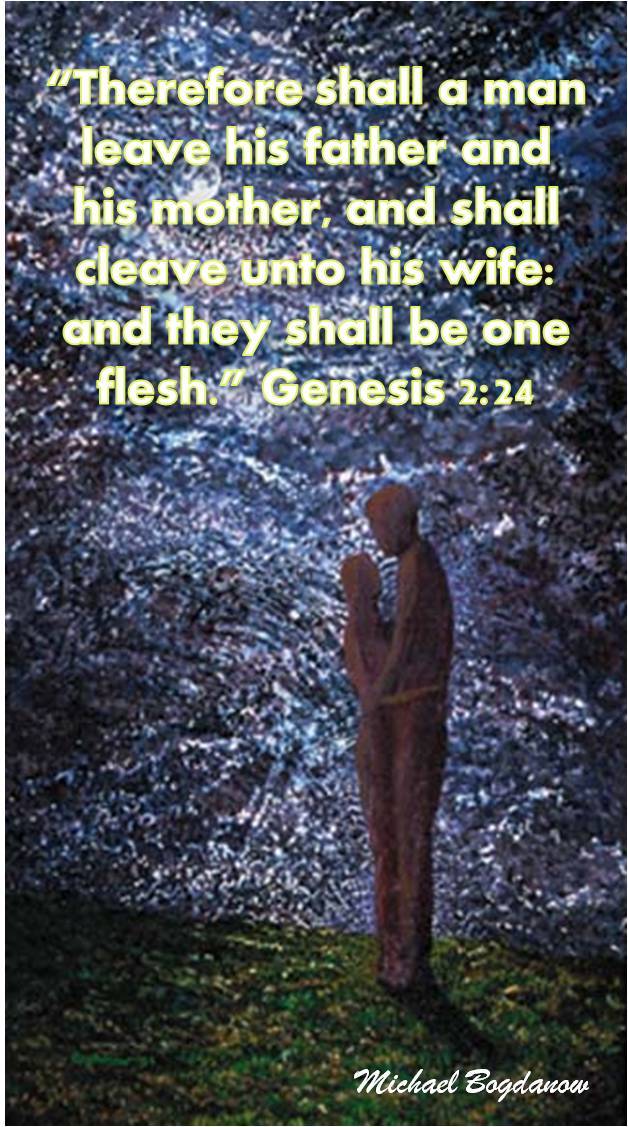 Near the end of the new Noah film, there is an achingly beautiful scene of forgiveness between husband and wife. It contains no dialogue at all. He appears over the hill, harrowed countenance, walking slowly but purposefully toward his wife, who is planting herbs in the fresh earth. She senses his presence and becomes still, waiting. Noah kneels down with her in the dirt and touches her hand tentatively, which is still stuck in soil. She holds it and the camera focuses on their entwined hands, then rises as she raises her face to his and sees his grief-stricken face full of yearning for hope and mercy. They stand together clinging to each other and now weeping. There are even small smiles. The camera holds still for a few seconds, allowing the viewer to grasp the gravity and power of forgiveness (and in my case, mop up mascara and tears from my face).

“For this reason, a man shall leave his father and mother and be joined to his wife and the two shall become one flesh. This is a great mystery and I mean in reference to Christ and the Church” (Genesis 2:24 and Ephesians 5:31-32).

We all want to BE forgiven like Noah was, and our Lord certainly does. We are also called, here on this earth with other people, TO forgive like that: seventy times seven (Matthew 18:21-22); with mercy (Luke 6:36); with a tender heart (Ephesians 4:32); bearing whatever grievance (Colossians 3:13). When I think about what Jesus forgives in His bride, the Church, I imagine my face mirrors Noah’s film face: agonized, hopeful, sad, loving. What a sacramental mystery marriage is, with forgiveness a beautiful, powerful part.

From our Catechism (#2227) under the heading “Family Members” ~
“Each and every one should be generous and tireless in forgiving one another for offenses, quarrels, injustices, and neglect. Mutual affection suggests this. The charity of Christ demands it.”

One Reply to “A Picture of Forgiveness”