The name, St. Francis, is on everyone’s lips these days – ever since our new Holy Father took Francis as his official name. With this rise in popularity, a saint whose reputation has already been misrepresented, has swung into full blown mischaracterization. As arguably the favorite among all the saints – among Catholics, Protestants and even non-Christians – St. Francis has quite the reputation. But if we are to quell these misrepresentations it might be wise to take a longer look at this multifaceted saint. At first glance, he holds quite the surface image as a kind of garden gnome who holds bowls of water or seed for our feathered friends or perhaps with his arms outstretched as birds land on them much like they did on those of Snow White. I, myself, am guilty of having various representations of him in our vast gardens as mere decoration. 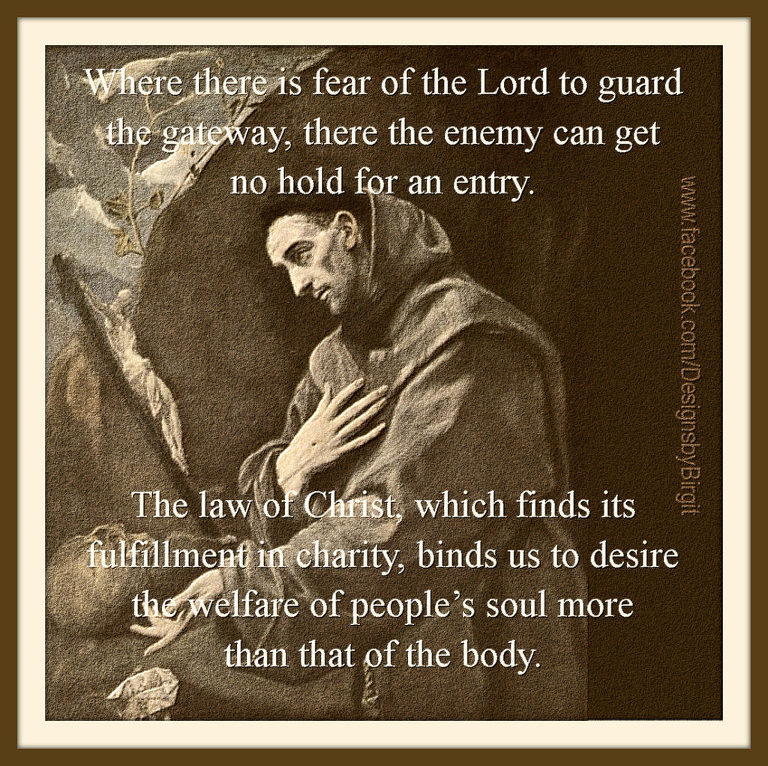 But St. Francis wasn’t some hippy, tree hugging monk who worshiped Mother Earth and all of nature. Rather, he fiercely worshiped God while maintaining a healthy respect and sense of wonder for all of His creation. St. Francis’ appreciation of nature and acknowledgment of its grandeur stemmed from his devotion to living a life devoid of the lures of earthly pleasure, instead focusing on service to the poor and outcast.

As a former soldier, St. Francis was also a lover of peace. Contrary to popular belief, however, he neither penned the St. Francis Prayer (it was written much later than his lifetime) nor did he say, “preach the Gospel at all times and when necessary use words“. Although both of these nods to him embody his philosophy, the words are not his own. What Francis did do was amazing enough that there is no need for embellishments. For example, in his fervent pursuit of chastity he is said to have rolled, naked, in the cold snow of winter in order to resist temptation. And although he had many hard sayings and practices, there are also many anecdotes about his life that point to a communion with nature that was unusual to say the least. Yet warm and fuzzy aren’t really a part of his story.

St. Francis and Others 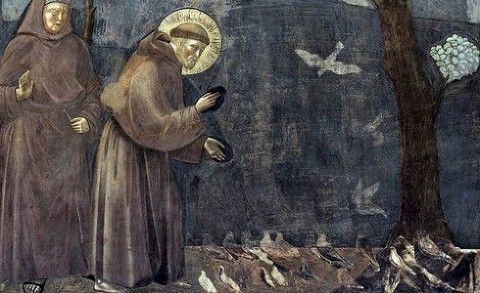 With some of these compelling stories in mind, it isn’t too difficult to understand why the image of the warm and fuzzy St. Francis surfaced. He was certainly gifted with an unusual rapport with wildlife and nature. Yet what we must take away from these characterizations is not his love of nature as much as his quest for communion with God – often through His creation. Also apparent is that he genuinely loved the less fortunate – even during his days as a rich young man. His life was far from a fairy tale yet it was one to be admired and emulated. As we enter Springtime, may we find  God’s glory in His wondrous creation and yet not give it more emphasis than the wonders of His love for us. Let us take the example of St. Francis and perpetuate a healthy love of nature, the practice of good stewardship but, most importantly, an unending and unconditional love of others.

St Francis was canonized in the year 1228 by Pope Gregory IX, who came in person to Assisi for his canonization. His feast day is October 4.

« “A Man on a Cross” Fulton SheenWill You Be My Friend? »