I love this time of year, when the liturgical calendar is heavily “Marian,” between the Nativity and the Solemnity of Mary that we celebrate on New Year’s Day. To further honor Our Blessed Mother, then, we’ll continue to explore the many reasons why the Catholic doctrine of Mary’s perpetual virginity is not only Scriptural, but historical and logical, too.

In last week’s article, we showed why Scripture’s references to Christ’s “brothers and sisters” in no way proves Mary had children after Jesus. A deeper exploration of Scripture reinforces even more that Our Lord was her only biological child.

The problem begins when Christians interpret “brethren of the Lord” literally, with one of the most problematic Scriptures being Matthew 1:25:

“[A]nd he did not know her until (Greek: heos, translated in English as “till”) she brought forth her firstborn son.”

The first problem is the word “until/till.” The natural inference, some say, is that Joseph and Mary lived together after she gave birth to Jesus as a normal married couple that had other children. Then, there’s that “firstborn” reference…why would Jesus be called the firstborn unless there were a second- or even third-born later on?

Again, we run into problems interpreting the word “until/till” using the modern, narrow meaning instead of the meaning it had when the Bible was written. In the Bible, “until/till” only means that some action didn’t happen up to a certain point; it doesn’t necessarily mean that the action did happen later, which is how we generally use the term today.

If we force the modern meaning onto Scripture, we end up with some ridiculous interpretations. In 2 Samuel 6:23, we’re told that “Michal, the daughter of Saul, had no children till the day of her death.” Are we to assume she had children after she died? Likewise, Deuteronomy 34:6 says that no one knew the location of Moses’ grave “until the present day.” But no one has known since that day either. There are more examples, but you get the idea–the word “till/until” doesn’t mean Mary had children after Jesus. Recent translations give a better sense: “He [Joseph] had no relations with her at any time before she bore a son” (New American Bible).

But what about that reference to Mary’s “firstborn?” Again, how the ancient Jews used the term is not how we typically use it today. For the Jews, “firstborn” simply meant the child that opened the womb:

Sanctify to Me every firstborn, the first offspring of every womb among the sons of Israel, both of man and beast; it belongs to Me.” (Ex. 13:2)

Under Mosaic Law, the “firstborn” son was to be sanctified to the Lord. Did this mean the parents had to wait until a second son was born before they could call their first the “firstborn?” Of course not. The first male child of a marriage was termed “firstborn” even if he turned out to be the only child of the marriage.

There’s one last practical possibility for references to the Lord’s “brothers” that few people consider: they were children of Joseph, not Mary. We know nothing about Joseph’s life prior to his marriage to Mary. He could have been an older man who’d had children by a prior wife who’d died. His children from the previous marriage, then, would have been Christ’s half-brothers and sisters. Though there’s no hint of this in Scripture (or history, for that matter), it’s at least one possible reason why Jesus could have had siblings AND a virginal mother. 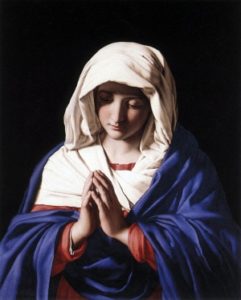 In our sex-drenched culture, which equates promiscuity with normalcy, of course a celibate marriage will be seen as “unnatural.”

Even once the Scriptural arguments have been blown apart, however, many Christians continue to object to Mary being a lifelong virgin. Mostly because they’re repulsed by the idea of a sexless marriage. It’s “unnatural,” they say.

Yes, Mary and Joseph’s celibate marriage would have been unusual, but certainly not as unusual as having a virgin give birth to a child. Or as unusual as having that child be God himself! The Holy Family wasn’t your average  family and we should stop expecting its members to behave like one. Mary and Joseph were the only two people in history charged with preparing God himself to save humanity and we’re surprised they’re not your typical married couple?

There’s also good evidence to suggest Mary had taken a vow of virginity prior to marrying Joseph. Consecrated virginity wasn’t common during first century Jews, but it existed. According to some early Christian documents such as the Protoevangelium of James (written about 60 years after Mary’s death), Mary was a consecrated virgin who had served in the temple as a weaver from a young age. Upon reaching puberty, however, her monthly cycle would have rendered her ceremonially “unclean” under Mosaic Law, making her unable to remain in the temple without defiling it.

Like other consecrated virgins who served the temple, Mary was entrusted to a male guardian who would protect her virtue. But since it was unlawful for a man to live with a woman he was not married to or related to, the virgin would be wed to the guardian and they would have no marital relations.

This scenario is really the only thing that makes sense of Mary’s exchange with the angel Gabriel at the Annunciation. When Gabriel told Mary she would conceive a son, she asked, “How can this be since I have no relations with a man?” (Luke 1:34). Mary obviously knew how babies are made and if she’d anticipated marrying Joseph and having children in the normal way, she would hardly have to ask “how,” since having children would be expected of her as a married woman. Her question makes sense only if there was an apparent conflict between keeping a vow of virginity and becoming a mother. (And under normal circumstances, there is!)

But for the sake of argument, let’s assume Mary wasn’t a consecrated virgin and that she married Joseph in the usual sense. Abstaining from sexual relations certainly has precedent in the Bible; not only did Moses have the Israelites abstain as he ascended Mount Sinai (Ex. 20:15), but priests of the temple were required to abstain during their time of service.

The Jews weren’t asked to sacrifice their marital rights because sex is dirty or wrong and they had to spiritually “clean up” before being in God’s presence. Instead, they were asked to sacrifice marital intimacy as tribute and preparation to being in the presence of Someone who is holiness Himself. The earliest Christians, or the Church fathers, saw parallels between the Old Testament practice and Mary’s perpetual virginity, which is why they compared her to the Eastern Gate in Ezekiel 44, which is inviolate because God himself has entered it. Just like the Ark of the Covenant, Mary had become the dwelling place of the Almighty. And only the high priest was allowed into that sacred space.

A last possible reason for their celibate marriage is that Christ’s conception would have created a unique legal and religious barrier to marital relations between Mary and Joseph. In Jewish law, if a man was betrothed to a woman and she became pregnant from another, he could never have relations with her. The man had to put her away privately or condemn her publicly and put her to death. Joseph, we know, initially chose the more merciful option.

When the angel told Joseph to take Mary into his house as a wife, the language the angel used did not describe marital relations: “…take her into your house.” It was used, however, in Luke 1:35:

The Holy Spirit will come upon you, and the power of the Most High will overshadow you.

To “overshadow” a woman was a euphemism for having a marital relationship, as was the phrase “to lay one’s power” over a woman. The Holy Spirit had espoused Mary and set her apart for God. We see a similar parallel today in consecrated nuns, who are “wed” to the Lord in a spousal relationship.

We can assume Mary told Joseph about Jesus’ conception. He may have been initially skeptical, but an angel assured him of Mary’s virtue and told him to take her as his wife. Joseph would have understood from these events that Mary was consecrated to God from that point on, even without a prior vow of virginity.

What Did the Earliest Christians Believe?

Not surprisingly, the earliest Christians unanimously believed Mary remained a virgin her entire life. Consider the controversy between the great Scripture scholar St. Jerome and Helvidius, writing around 380. Helvidius was the first to bring up the idea that “brothers of the Lord” were children born to Mary and Joseph after Jesus’ birth. St. Jerome at first declined to comment on Helvidius’ remarks because they were a “novel, wicked, and a daring affront to the faith of the whole world.”

When he finally addressed the issue, St. Jerome was less than kind:

I was requested by certain of the brethren not long ago to reply to a pamphlet written by one Helvidius. I have deferred doing so, not because it is a difficult matter to maintain the truth and refute an ignorant boor who has scarce known the first glimmer of learning, but because I was afraid my reply might make him appear worth defeating.

Jerome’s eventual response, titled, “On the Perpetual Virginity of the Blessed Mary,” cited not only the Scriptural arguments I’ve lain out here, but earlier Christian writers, such as Ignatius, Polycarp, Irenaeus, and Justin Martyr. Helvidius was unable to refute Jerome and his theory faded into obscurity until recent times. 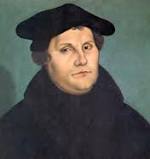 Reformers Were On Board, Too

What surprises many Protestants is that in addition to the Church fathers, the most renowned Protestant Reformers also affirmed their belief in Mary’s perpetual virginity.  Martin Luther’s writings often defend Mary’s perpetual virginity. And while French Reformer John Calvin, father of Presbyterianism, never outright stated, “I believe Mary was a lifelong virgin,” he routinely brushed aside theories based on references to Mary’s “firstborn” and to “brothers of the Lord.” John Wesley, Methodist founding father, firmly confirmed his belief in Mary’s perpetual virginity when he said, “I believe…he [Jesus Christ] was born of the blessed Virgin, who, as well after as she brought him forth, continued a pure and unspotted virgin” (Letters to a Roman Catholic).

But really, linguistic and historical evidence aside, it’s just plain logical that Mary remained a virgin her whole life and did not have other children. The Catholic Church reveres every person positively associated with Jesus Christ; we have jealously safeguarded the relics of the apostles and early Christian martyrs since the beginning. We profoundly honor the Lord’s mother, Mary, and his earthly father, Joseph. If Jesus did have half-brothers and sisters, it’s simply inexplicable why the Church would ignore siblings who came from the same womb and shared the same genetic material as He did. What would be the purpose of that?

So was Mary a lifelong virgin, then? Is the Pope Catholic?