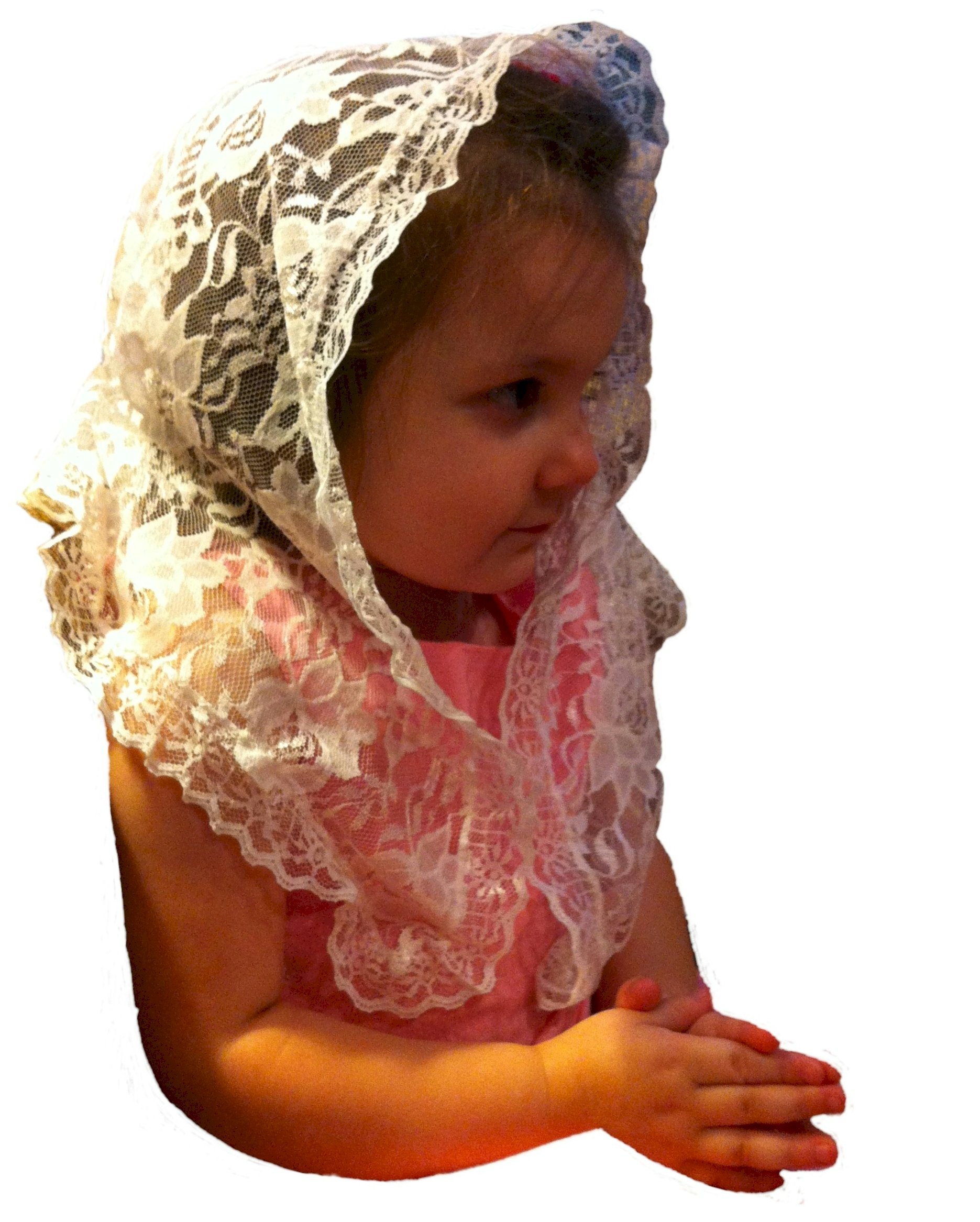 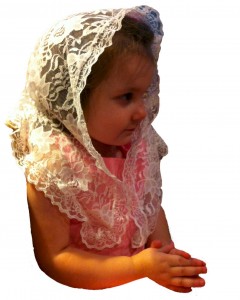 I have been contemplating wearing a chapel veil to Mass for a while now. At 54, I am just old enough to remember going to Catholic school and being instructed to cover my head by the religious sisters who taught us. My mother, sister and I also wore veils on Sundays. As with other traditions of our beautiful Catholic faith, this sign of reverence and humility was cast aside, however, when Vatican II was introduced to the people in the pew. While there were quite a number of good things that came from properly implementing this Church council, there were also some abuses from those who were attracted to the novelty of making changes for the sake of change. Some practices were mistakenly altered or eliminated while others were mistakenly (or blatantly) introduced. Examples of the former: some religious sisters stopped wearing their habits (and women their chapel veils). Another was the total abandonment of abstaining from meat, without the substitution of another act of piety, on Fridays outside of the Lenten Season. The latter could be illustrated by ‘feel good’ homilies instead of firmly instructional ones and the introduction of holding hands during the Our Father – which is not in the Rubrics…ah, a topic for another time!

Similar to the calling I received from God before making the decision to homeschool, this latest whisper had been persistent even as it had been subtle. Little nudges in the form of blog posts, such as A Call to Veil: The Mysterious Unfolds, brought that little niggling thought back to my consciousness time and time again. My adult daughter and I had casual conversations about veiling but still, I never felt strongly enough to commit. The final pull came from a very dear friend of mine with whom I had lost touch. We spent years together in the pro-life trenches. Poor health on her part forced a sort of ‘retirement’ from active duty. Her carefully researched and thought-out articles for newspapers and pro-life publications were treasure troves of information. Before Mary Lou says anything, she studiously pauses and makes sure only well thought out words come from her lips. I have tremendous respect for both her opinion and her research. When we ran into her at the 65th anniversary Mass of one of our priests, I commented about the chapel veil she was wearing. Her reply, simply stated, gave me the courage to strengthen my resolve.

Mary, the mother of God, covered her head as did many pious women throughout history. We are warned time and again by scripture about 1) prideful actions 2) blurring of lines between the genders 3) immodest attire and actions 4) submission to the Will of God. It should also be noted that a visit to the Vatican would hold the expectation of wearing a veil as well as a sleeved dress. Armed with this re-enlightenment and after careful consideration, I gratefully accepted her offer of borrowing one of her veils and giving it a try. She told me that, once I began to veil, I would feel bare without it. My creative side won out, though, and I soon found myself at the fabric store, purchasing lace and thread to make my own. On the ride home, my husband and I discussed the idea and challenged my reasoning. In the end, the decision was made. Along with my daughter and her two year old, I would begin to explore this tradition on Mother’s Day.

Although I am still getting used to the practice, I find it unexpectedly calming. I feel more ‘in tune’ with what is happening at Mass. His presence is more vivid with this outward demonstration of my intent to ‘let go and let God’. It will take a few more weeks for veiling to become a deeply entrenched habit but I am seeing the benefits already. As for my two-year old granddaughter, she is a natural. Quite an energetic and precocious little girl, it is surprising how she eagerly keeps her little veil in place. One Sunday, she actually resisted removing it after we left church. All in all, I am confident that the correct decision (for me) was made. I find veiling both humbling and comforting, each of which are welcome feelings. So from now on, I will lift the veil onto my head before I enter His house!

I certainly did not want our veiling to become a distraction by constant adjustment, so I sewed my granddaughter’s veil onto a satin headband (using a slip stitch). This way, she can simply slip it on and it stays in place much better than trying to use clips or hair pins. She is quite active and replacing the veil/headband is something that even a two-year-old can do.

Since Mother’s Day, we have all continued to veil and I am grateful that we were led to this devotion by the whispers on our hearts!