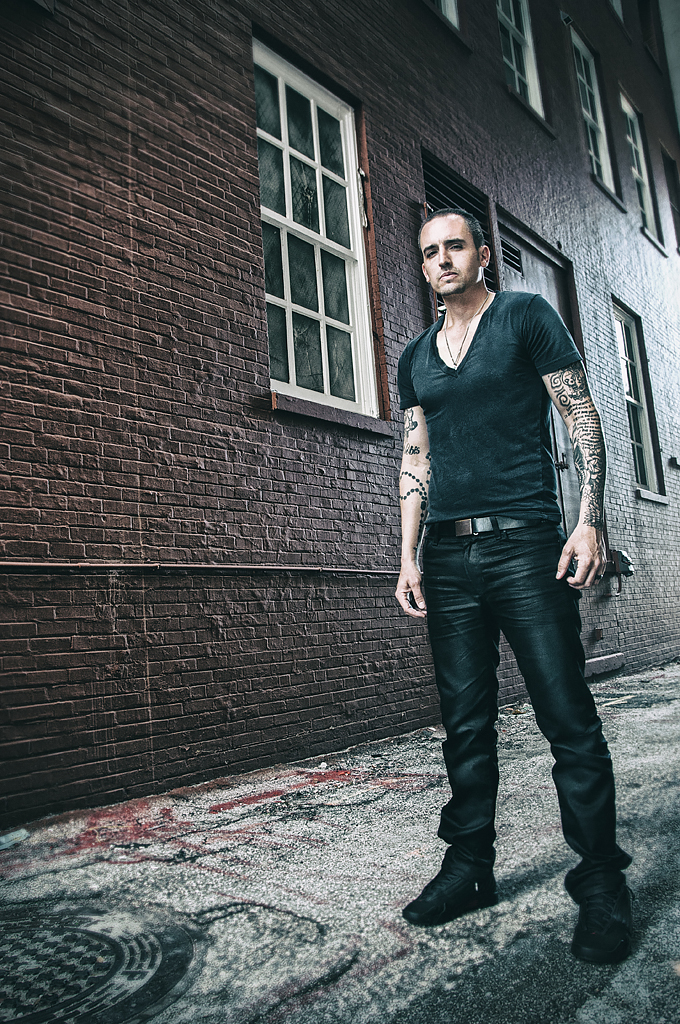 My name is Brad Fischetti.   I am a believer, Catholic, a husband, and a father.

I am Pro-life.  It’s the Catholic and Pro-life aspects which impelled Martina to ask me to write this piece.

Being Catholic and Pro-life really isn’t that unique.  (Those two aspects should go hand in hand but that’s the subject of another piece.)

You see, Martina read a story Jill Stanek ran about my Pro-life efforts a while back.  Jill is an accomplished Pro-life advocate and blogger and a former labor and delivery nurse.

Why did Jill decide to write about me?   There are thousands of people working hard to further the Pro-life cause.

Well, Jill read a story some secular media outlet ran about me praying in front of a local abortion clinic.

OKAY SO AGAIN, WHY ME?

Lots of folks pray in front of abortion clinics.   What’s so different about me?

I used to be famous.

I was in a music group called LFO.  We sold a bunch of records in the late 90’s and early 2000’s but went on hiatus in 2002. Aside from a short reunion tour in 2009, I hadn’t been in the limelight for over 10 years. But all of a sudden, because I prayed in front of an abortion clinic, I was interesting again.

I wondered if it was really so hard to imagine that someone who was once in the public eye could actually have convictions?  Is it really that courageous (or cowardly depending upon which side of the fence you’re on) to stand up for life?

Apparently the answer to those questions is, yes.

When a person or a band is famous, or trying to become successful and famous, the focus tends to be on playing the middle ground, so as not to offend or upset anyone.  You want EVERYONE to like you and to buy your record or see your movie or read your book or watch your TV show.  There are some in the famous realm who turn to outlandish behavior and stunts to promote their product.  That sort of approach is usually short-lived.  Longevity typically means straddling the line.   And for most of my career, I straddled the line.

But today, I straddle a different line.

It’s the narrow line created by Christ’s footsteps.  Every day I strive to straddle it, to place every step into His steps, because I have learned – the hard way – that the closer I stay to that path, the more beautiful and peace filled life will be.

Today it’s easy for me to preach a Christ-centered life.  And it’s much easier for me to live one.  I work at a church and most of my friends are from church and I have the privilege of ministering with and hanging with some extraordinarily learned and prayerful people, clergy and laypeople.

It was only several years ago that I began to understand what it meant to be a Catholic and to live a life for God.

Yes, I was a cradle Catholic.  Yes, I received all of my Sacraments.  But I didn’t know what any of it meant.  As a kid, our weekends didn’t revolve around church.  Sure, we went sometimes, but it wasn’t a regular occurrence.  I have no memories of praying as a family or seeing a Bible in the house.  As an adult nothing changed.  Church wasn’t a priority or really even a thought.  I didn’t even go to Mass on Easter and only went rarely for Christmas.

But I still believed in God.

When I reflect over my early 20s, God was reaching out to me.  But I ignored Him for the most part.  Yeah I had a Bible and yeah I would read it and even take it on tour and read it on the plane or on the tour bus.  But I didn’t understand any of it and I certainly didn’t live it.  I knew I was Catholic, but that meant nothing to me.  I really didn’t even understand the differences between Christian denominations.

And then one day, I stopped believing.

It’s a long story and perhaps the subject of another future piece.  Let’s just say that Satan had me in his snares and was living up to his reputation as the father of lies.

I put my Bible down, stopped leading the prayers before we hit the stage, and just went on living.  And what a life I seemingly had – lots of success, lots of money, a big house, nice cars, expensive clothes, you name it.  But I was empty inside.  I can see that now.  I was a shell of a human.  Like so many, I tried to quench a desire with finite things when the only true satisfaction comes from God who is gloriously infinite.  Again, I see that now.

I went on living.  The future looked promising.  I started a record label and began helping to build the careers of independent bands.  The label continued to grow and so a second successful career was in the making.  Life was good.

I fell into a deep depression and lost 40 pounds.  My choices lead me into some very scary life or death circumstances.  I thought I was finished.  Life as I knew it was over.  And at my most desperate moment, what did I do?

And to where did I turn?

Despite having no firm foundation in church, I knew where to go.  I think that’s one of the beauties of the Catholic faith.  Somehow, no matter how long we are away, we find our way back.  Maybe it’s the beautiful traditions.  Perhaps it’s the cleansing Sacrament of Reconciliation.  Whatever the reason, we make our way home.

I turned my face toward the light and (very) slowly but steadily, began my journey home.  Once I said yes to God, he started working in my life in astounding ways.  Again, the subject of a future piece.  But let me just say this,

God can never be outdone in generosity.

When I had a platform, I had no convictions.  I was motivated predominately by more success, by more money, by more things of this world.   I played hundreds of shows for millions of people and appeared on dozens of national TV shows and I uttered not one important word.

If only someone had educated me on abortion.

One day we will look back on the Roe v Wade era in this country with great disdain and bewilderment that it was once legal to cut a part a live baby from within her mother’s womb. Lord, have mercy on us all.

I wasn’t always Pro-life.  I wasn’t really Pro-choice either.  I just didn’t think it was any of my business.  I didn’t like abortion but I also didn’t think I had the right to stop a woman from having one.  I even helped two friends pay for abortions when I was in my early 20’s.  At the time, it had no real effect on me.  It wasn’t until reading an examination of conscience before Confession about seven years ago that I realized the gravity of the sin I had committed.  How could I have been so blinded?

I was firmly caught in the snares of the Devil.

Plus, I knew nothing about abortion.  We’re made to believe that there’s just a little clump of cells, smaller than a grain of rice, which is gently removed by a competent doctor, and then everything is wonderful.

Couldn’t be further from the truth.  Fact is, most women don’t find out they’re pregnant until they are six or seven weeks along.  And then they spend some time considering their options and by the time they get to the abortion clinic, they’re 10 or 12 weeks pregnant (or later) and their babies have fingers and toes.  What if a video of the array of barbaric abortion procedures was made available to me during the “health” classes of high school?  What if every sex-ed class in this country showed students just how despicable and egregious abortion was?

Abortion is a crime against humanity and an insult against God.

As firm as we have to be against abortion, we have to be equally as firm in promoting forgiveness and healing after an abortion.  My thing is not to condemn, but to educate and to pray for those who have been affected by abortion in some way, and to offer a path to forgiveness and a process to heal.  As a Catholic, that process starts with Confession.

Pro-life doesn’t stop at abortion.  Pro-life means protecting the dignity of life from conception to natural death.  To be truly Pro-life means to be opposed to capital punishment and euthanasia.  Wow, what a burden our Church places on us!  To protect innocent babies from dying we have to also protect hardened criminals?  Yes.  To be truly Pro-life and to live out our Catholic faith, yes.  No abortions.  No executions.   Yet another topic for a future writing.

I know now that in my former life and career, God was simply preparing me for my work and ministry today.  I often sit at my desk and wonder how a guy with my history, and two arms full of tattoos could ever wind up working at a Catholic Church.  I know it can only be of God.  But in order for God to work on us, and in us, we have to be willing participants.  We have to say, yes.  Just imagine if Mary hadn’t said yes.  So many extraordinary men and women have said yes to God with magnificent results.

So, what about you?  What do you say?

8 Replies to “From the Limelight to Christ’s Light”