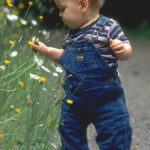 mother anticipates with great joy. Over the months I endured hundreds of ‘dada’s’ and a mash-up of consonants and vowels which only the most skilled linguist could have deciphered. Finally one day, my chubby-cheeked, tow-headed, spring-loaded Tigger of a boy gazed intently into my eyes, and slowly opened his mouth. I held my breath in anticipation with my hands clasped together just knowing this was going to be it-I wanted to treasure this moment, make a mental video of it which I could play over and over again in my mind as my toddler grew into a teen and then an adult. Matthew’s lips formed the word with care…’cookie!’…okay, that REALLY wasn’t what I was expecting or hoping for but it was a start, after all, if a child can say, ‘cookie’, surely the name of the woman who carried him in her womb, loved, cared for and nourished him would not be far behind…right????

Fast forward to a four year old. The word I waited for with such eagerness was starting to get old. ‘Mama, what are you doing. Mama, how does that work, Mama, can I have some ice-cream, Mama…mama….mama…MAMA!

I readily admit there were times when the constant repetition of my title of matriarchal status caused my eyes to glaze over and I involuntarily entered into a catatonic or semi-comatose state. I was once informed that I stood for a full three hours with my right hand raised in the air, mid-pancake flip-while my precocious pre-schooler ran circles around me chattering incessantly, ‘mama, mama, mama, mamaaaaaaaaaa’ Well, it may have only been 30 seconds but it seemed like three hours. 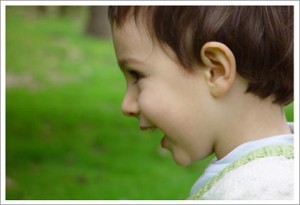 Research has not been initiated as of yet to determine the cause of these episodes of stupor in mothers, however, I have a sneaking suspicion that the repetition of the word, ‘mama’ at a certain frequency and pitch will inevitably cause any mother of any age to gradually lose all awareness of her surroundings. I further hypothesize that this is a survival mechanism developed first in Eve as young Cain and Abel pummeled her with their newfound ability to talk-constantly and with little need to intersperse words with breaths. I am presently collecting data which I plan to sell for billions to the military so they can use this information during times of conflict, by crippling entire armies as my evolving research demonstrates fathers also experience identical results from similar stimuli.

The pre-schooler rapidly (and sneakily) grows into an adolescent at which time ‘Mama’ shortens to ‘Mom’ and subtly, almost imperceptively, the vowel in the word lengthens and contorts until it becomes ‘Moooommmm’. This version is almost exclusively expressed with dramatic effect, either embarrassment, angst or some emotion strangely resembling pity, a pity that is directed at the parent when the adolescent comes to the full revelation that they (the adolescent, of course) knows absolutely EVERYTHING. If they had the foresight to recognize that a few short years later they would be stumbling around in a world in which they realized they knew nothing, their demeanor might change. However, even after thousands of years of mankind walking the earth and advancing in all areas of knowledge and science, this revelation still does not manifest itself until, at the soonest, the early 20’s or when the individual has a child of their own, whichever comes first. Sadly, in some unfortunate souls this knowledge never does manifest itself.

The teenage years are challenging, to say the least. So I, in my finite wisdom, decided to infuse as much humor as possible into my interactions with my teens. Generally, this involves embarrassing them as much as possible with as few words or actions as possible. Maximum embarrassment can be obtained by
a.) revealing there is a relationship between oneself and the particular teen-for example, ‘Hey sweetie!’ yelled across a crowded room of your child’s peers is an ideal and effective method of embarrassment.
OR
b.) any physical contact initiated by the parent involving the child. I find that something as inconsequential as brushing one’s fingers across the teen’s sleeve results in immediate mortification on the teen’s part. I myself, do not waste my time with such minor acts of affection, I choose to ‘give it my all’ which includes a bear hug (if I can catch my child) and if I am quick enough, a brief kiss on the teen’s cheek. Please note that these actions MUST take place within ¼ mile of other teens in order to have effective results. 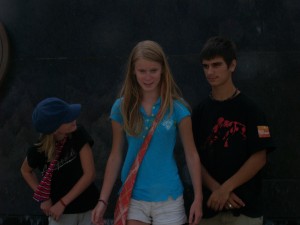 If you have a child who is persistently doing poorly in school or doggedly pursuing some other course of undesirable behavior, visibility is truly the best weapon. When I discovered my ninth grade son was falling asleep in one of his classes and pushing ‘D’ work to his instructor, I took swift and dramatic action. In an e-mail to my son’s teacher following a parent-teacher conference which did not result in the requested behavior improvement, I informed the teacher that if my child were to persist in his underachievement, I would be quite content to attend class with my son-wearing my high school prom dress. It certainly was helpful that the teacher announced this to my son’s entire class. The attention and fascination my son quickly developed for this particular course was truly inspiring.

My humor did not culminate with my quest to embarrass my children; it extended to our private family interactions at home. Having quickly tired of the teenage ‘moooooommm’ and the associated rolling of the eyes and heartfelt sigh, I directed my children to simplify things and address me as ‘Your Royal Highness’. It is impossible to stretch out three words and imbue them with an appropriate level of drama when the teen is giggling uncontrollably. Hey, I’ll take giggles over angst any day of the week and hopefully, one day when they have teenagers of their own I will hear ‘Your Royal Highness’ out of my grandchildren’s mouths, and I will know I started a beautiful tradition. 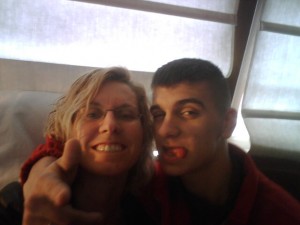 2 Replies to “Kindly address me as ‘Your Royal Highness.’”