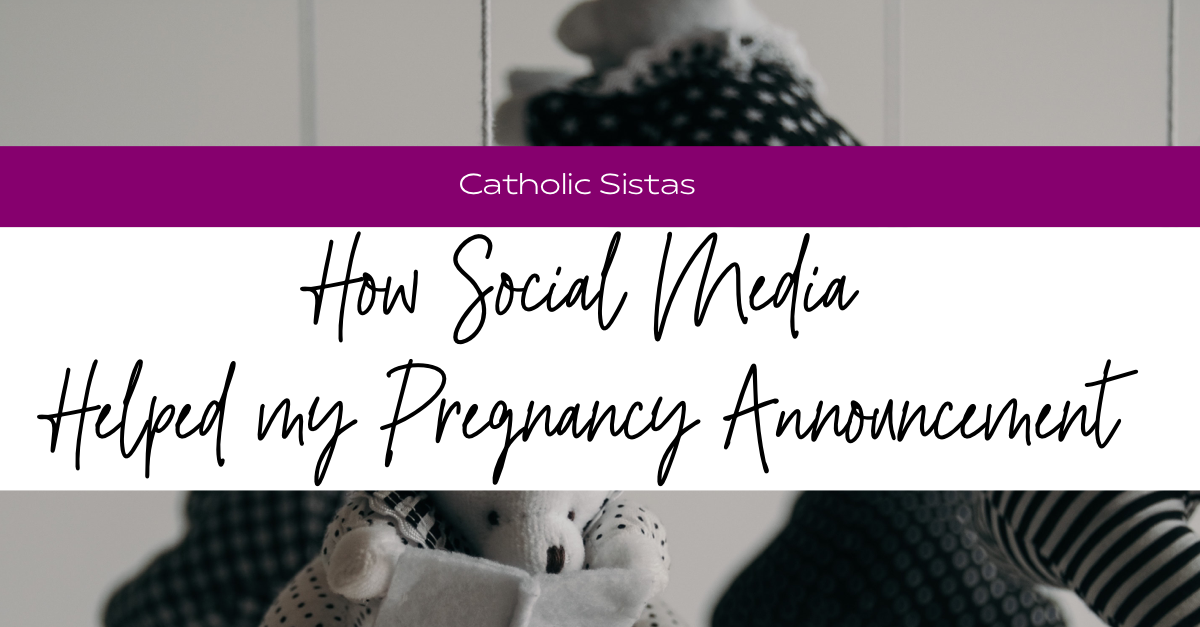 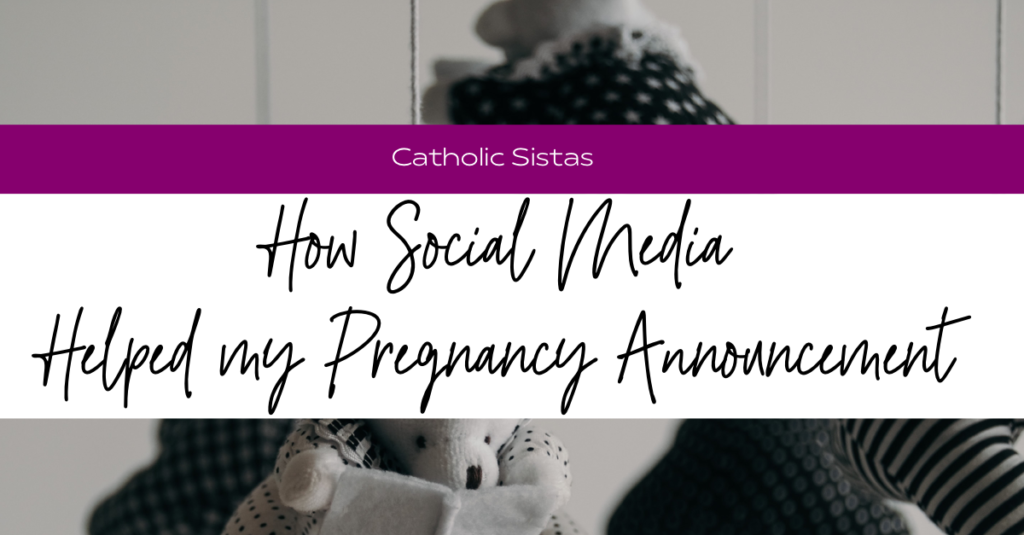 On Easter Sunday, I casually announced on the blog social media account that I was pregnant with #8. After three consecutive losses, it would have seemed perfectly acceptable for our family to hesitate and wait to announce this pregnancy. After #6 was born in 2012, we would experience our first loss in November 2014, followed by another loss in January 2015, and again in January 2016 – all early losses, none past 6 weeks. 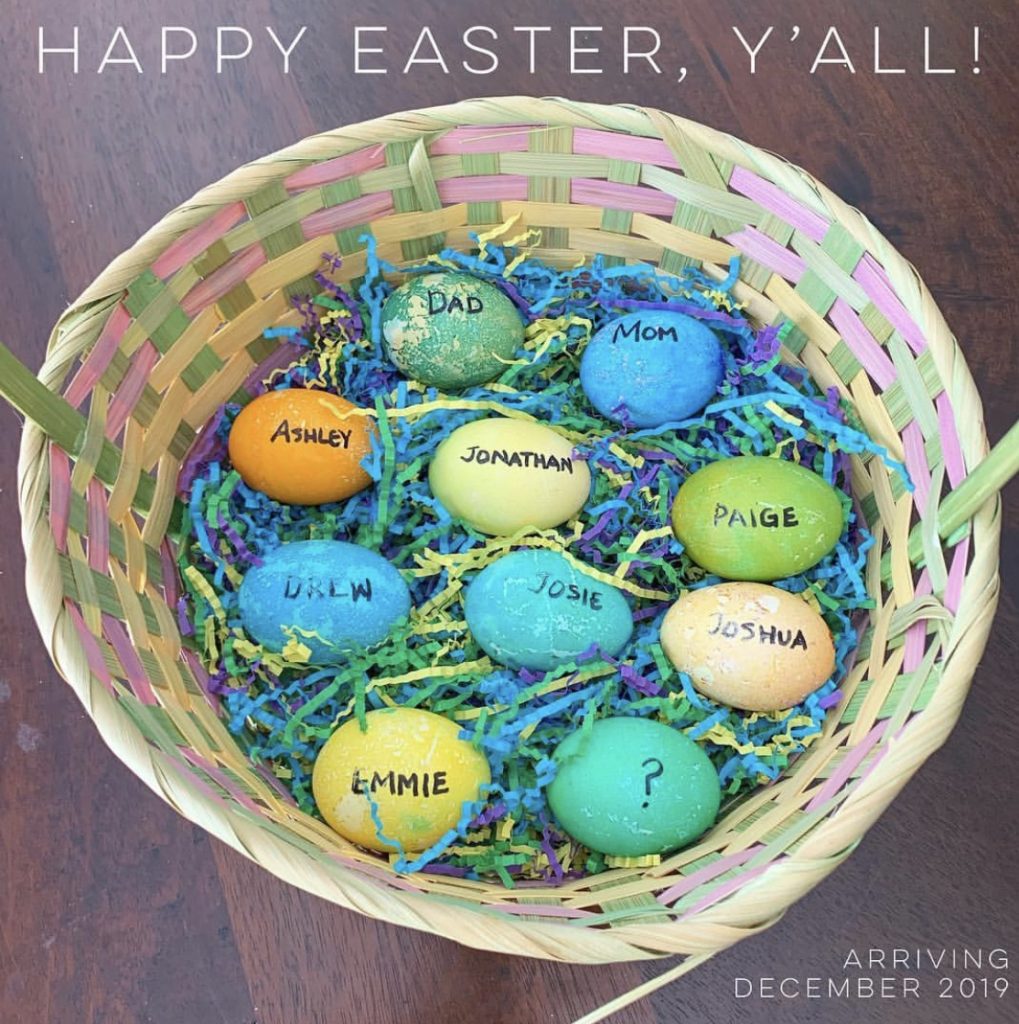 I had heard a reflection by a dear friend years before that really stuck with me. She had her own loss further into pregnancy – if I recall correctly, I think she was somewhere close to 20 weeks. She went on to have carry two more children to term and what she said to me was this (roughly paraphrased) – she and her husband would continue to share the good news of a pregnancy for a few reasons, two of which were it was a celebration of life and, whatever the outcome, the prayers were always appreciated and needed.

She told me this five or more years before we would experience that first loss. The initial excitement of discovering I was pregnant never seemed to be a deterrent even through those losses. If anything, my friend’s words would ring through my head, a constant reminder and balm to the soul that life can and does go on. And the loss of one (or many children) does not need to color the desire to celebrate new life or the desire to ask for prayers.

And there you have it.

HOW AN INTROVERT SHARES DEEP HURTS

I won’t lie. That first loss was like a sucker punch. We had six children, I had no serious complications from pregnancy (carpel tunnel syndrome, pre-eclampsia symptoms, sciatica, car birth from a history of a rapid labor), and no reason to think that pregnancy #7 would result in anything other than another June bug baby addition to our family. I think oftentimes, we associate being introverted as being completely closed off or not open to sharing those deep hurts. The reality is that it has more to do with other people sharing our hurts. Blogging had become a source of cathartic healing and, in doing so, I was able to heal on my own terms, by writing from my own point of view. Giving careful consideration to my husband’s feelings on the matter, I always made it a priority to run my posts by him in case I misstated something or forgot a detail he’d remembered.

We do make a pretty great team, afterall.

Introverts simply need to tell their own business on their own terms. And when we do, hold on – cuz we have a LOT to say about something that’s near and dear to our hearts.

It’s a little odd, having managed and written for Catholic Sistas for almost eight years now. As an introvert, it’s been interesting running into people who seemingly know about my life who I’ve never met. That took some getting used to. Over time, I came to realize that the platform goes far beyond any personal discomfort I might bristle at initially when someone relates to something I willingly and publicly wrote about. Ok, turnabout’s fair play. I get it. ?

Though I didn’t always manage to publicly announce each pregnancy that resulted in a miscarriage on the blog account, I didn’t shy away from sharing on my private platforms (IG, FB). I felt convicted that the right direction was always to seek in sharing this new life – no matter how long he or she was with us, and asking for prayers was never a fruitless endeavor. It just felt like the right thing to do.

Being open to life, through the good and the heartbreak, has a place in living that authentic life and I didn’t want to whitewash negative experiences without really journeying down that road.

Having a serious heart for those who experienced miscarriages and infant loss, it shaped the blog’s approach and I wanted women to share in those experiences. Even as a brand new blog, I just knew that was a taboo topic I wanted to expose and bring those heartrending experiences to the forefront.

So, imagine how much more I appreciated those stories when we began our series of consecutive losses. It shaped how I grieved as a person, how my husband and I grieved as a couple, and it even shaped how we parented our grieving children – who then were 18, 13, 9, 6, 4, and 2 years old. It shaped how we talked about our lost babies and siblings. We named them. We buried them. We made them a part of our everyday family by making them real. They were and still are in our daily prayers. We call on them everyday to pray for us. And after a very hard journey, I was finally able to give all that hurt and grief over to God the Father, Who knew better than I ever would what to do. He always knew those lost littles would never see this world. And I had to place my trust firmly in His hands that He knew exactly what He was doing. My focus was on finding that healing…and I did.

We were never owed any children to begin with. And once I let that go, the real healing began. The grief was still there, but there was a sense of peace resting in the knowledge that God had it all under control. Surrender. That’s all I needed to do.

When I began to blog about our losses, I wrote not because sharing itself was cathartic, though that was good. I wrote because I knew someone out there reading needed to read what I was sharing. Knowing you aren’t alone can be such an immense source of healing. And even though we have different circumstances and ways we grieve and come to terms with the loss, just the knowing…that’s so so valuable.

I would be remiss if I didn’t at least enumerate a few serious points to consider if you or a loved one are an introvert and also pregnant. These are just a few etiquette practices to put into place to help keep that stress down for us introverts.

I’ve learned over the years that sharing has been a huge blessing in our family and through my pregnancies. Letting virtual strangers (fans, readers) into our lives is part of the life of being a blogger, but letting you know of the potential serious need for prayers after a series of losses has helped put this pregnancy into perspective.

I’ve been pregnant on/off since 1995. That needs to count towards helping others through their pregnancies and losses. And so, introvert (and serious homebody) that I am, I am more than happy to share these experiences with others in the hope that you, too, won’t feel alone.

In closing, I ask again for more prayers as we head into the 20 week anatomy scan at 9:15 a.m. CST. So far, all has looked good and we have had two separate indications as to the sex of the baby. I do anticipate sharing the baby’s sex on social media and if you’ve followed me even sporadically, you know I don’t miss any opportunity to laugh in the hilarious birth pattern we’ve had so far – girl, boy, girl, boy, girl, boy, girl…and what will this little one be? Tune in to our IG or FB account to find out. God bless, y’all.