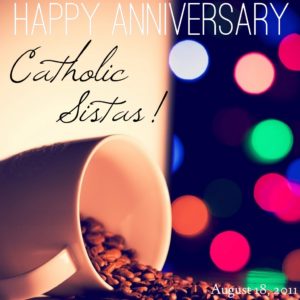 UPDATE: We have a NEW book to add to the giveaway by fellow Ink Slinger and published author, AnnMarie Creedon’s Angela’s Song. See below for details!

I have always been a fan of giveaways. Before the blog was born, I had many friends who were and still do run wonderful businesses. I thought what better way to utilize the blog than to bring Catholics together to support Catholic businesses? Pure genius in a brain otherwise riddled with not so much genius! 😉

So…this giveaway seems appropriate on so many levels. Not only is August 18 the anniversary of Catholic Sistas, but it’s also the time of year that is defined by much chaos due to the beginning of school. Either you, someone you know, or your family is gearing up for the beginning of the year.

What better way to bring calm to the chaos that is your life right now than a good BOOK?

Taken from Courtship Now’s website, Catholic culture comes alive once again in the long-awaited sequel to Arms of Love, Surrender. A great way of promoting: marriage, Theology of the Body, courtship, chastity, vocational discernment, and our Catholic faith. Surrender will keep you captivated as it takes you into Brandon and Joanie Vaughn’s new life together and as you follow the unpredictable paths of Maggie and Amie Collins to know God’s will … in a whole new story of discernment and responding to God’s call. 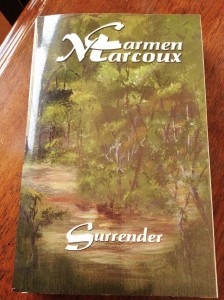 Taken from Angela’s Song website, Angela ‘Jel’ Cooke is a widow and mother of three who stays busy so as not to have to face the fact that her marriage was damaged and her husband, Devin, died before it could be repaired. Her good friends realize that no amount of home made lasagna, volunteering at church or late night games of Yahtzee can heal Angela from past regrets. When she meets Jack, the teacher of a class she is taking, he challenges her to face her demons. What follows is the poignant, yet often hilarious saga of how Angela overcomes her guilt and learns to love herself and others. 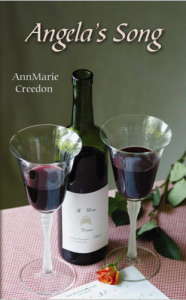 The giveaway will run from Sunday, August 18 – Sunday, September 1.

Pick from a variety of ways to enter and submit your entries!

THREE winners will be announced on Monday, September 2.

Want to share this widget on your blog? Use this embed code with your readers:

by Martina KreitzerPosted in CS in the media, Giveaways, Ink Slingers, Martina

« Contemplation Over A Diaper ChangeChanneling Jesus on Aisle 5 »