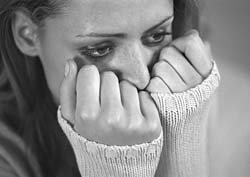 When our fourth child, Ben, died mid-pregnancy in 2007, I learned that when it comes to miscarriage, most people simply don’t know much about it until it happens to them. I also discovered there are far too many myths about miscarriage, which often increase the pain of those suffering the loss of a child. With October being National Pregnancy and Infant Loss Awareness month, let’s dispel a few of the most common ones.

About one in four pregnancies end in miscarriage, according to the Miscarriage Association and the March of Dimes. This statistic stuns most people, who assume miscarriage is rare or that it “can’t happen to them.”

When our son died, we were part of a relatively small parish and I was shocked by the number of women who privately shared with me that they’d lost a child before birth. There was no “pattern,” either–some of the bereaved mothers had only lost one child, while others had lost multiple babies. These women had lost babies at all stages of gestation, from their teen years to their 40s, with the child being their first, second, or sixth child. It made me realize then just how common this sorrowful sisterhood really is.

Myth 2: Miscarried or stillborn babies go to limbo because they were not baptized.

Guess what? Despite the media declaring a few years ago that the Church was “retiring” the concept of limbo, the Church has never actually taught that babies–or anyone, for that matter–go to limbo if they die unbaptized.

Long ago, St. Augustine so vigorously insisted that baptism was required to go to heaven that he painted himself into a theological corner when questioned about the fate of unbaptized babies who die before birth. Since having these children end up in hell for not being baptized (through no fault of their own) seemed not only harsh but in conflict with God’s great love and mercy for souls, theologians pontificated that unbaptized babies might go to “limbo,” a neutral place where the children didn’t suffer the pains of hell, but didn’t enjoy the fullness of God’s presence, either. Sort of like the “bosom of Abraham,” where the souls of the faithful hung out until Jesus opened the gates of heaven after dying on the Cross.

The official teaching of the Church has always been that ultimately, we simply don’t know what happens to the souls of our unbaptized babies. As the Catechism says, “the Church can only entrust them to the mercy of God, as she does in her funeral rites for them. Indeed, the great mercy of God who desires that all men should be saved, and Jesus’ tenderness toward children which caused him to say: ‘Let the children come to me, do not hinder them,’ allow us to hope that there is a way of salvation for children who have died without Baptism.”

When it comes to the eternal fate of our children, we must simply trust in Our Savior’s love and mercy. And as Father Claude, our wonderful Maronite priest pointed out, even when we baptize living infants, it’s the parents’ faith–not the child’s–that stands in or “vouches” for the child being initiated into the New Covenant. This offers even more hope to us, he said, as parents who lose children before birth can similarly ask God to accept our faith and desire for our child to go to heaven, much as we do with regular baptism.

Myth 3: Only babies who die late in pregnancy or early after birth need to be named or have a funeral.

I suppose I was the anomaly when our son died, because NO ONE was going to deny me a funeral for him! Yet I’ve met countless Catholics who did not feel their miscarried child was entitled to be recognized through the funeral rites of the Church. Many of these people, who have been active in the pro-life movement for decades, didn’t even feel they could rightfully give their miscarried babies a name.

I’ll never forget the sorrow I felt for an older couple, who told me about the baby they’d miscarried 30 years earlier. They’d put the baby’s body in a mayonnaise jar and convinced a funeral home director to quietly bury the child in the grave of a stranger being interred later that week. This couple has stood outside of abortuaries and helped countless post-abortion women recognize and mourn the loss of their aborted children, yet did not feel they had the right to have their own baby’s humanity recognized by friends, family, or the Church.

To me, this is one of the most telling signs that even faithful, staunchly pro-life Catholics have been influenced and in many cases, cowed by the culture of death. If the Church teaches that we carry persons with full human dignity inside us from the moment of conception, why shouldn’t miscarried children of any age be treated the same as the rest of us? At what arbitrary point in development do our deceased children merit being recognized and publicly mourned? Second trimester? Third? I’ve been especially dismayed by the pro-life Catholics I’ve heard express clear disapproval of those rare couples who elect to have a funeral or memorial service for babies lost during the first trimester. Why not?

Sadly, while there’s copious guidance on how to help those who have suffered abortion, there’s frighteningly little out there for laity or clergy about how to properly handle the natural death of unborn children. One of the biggest areas of ignorance is in handling these babies’ remains; few people realize that we’re required to treat the remains of our miscarried children with the same reverence that we do the remains of any deceased persons. That means having the child’s remains buried in consecrated ground. Ideally, suffering couples should be able to confidently approach Mother Church about these issues and receive clear guidance on how to properly honor their miscarried loved ones.

Myth 4: Parents who have lost a child dread people mentioning their loss.

One of the most painful aspects of miscarriage is feeling like you’re the only person who remembers your child even existed once the first few weeks have passed. Especially if you’ve experienced an early loss, the feeling that no one cares about or remembers the unique soul you carried can be agonizingly painful.

Let me assure you: parents who lose a child won’t be reminded of their pain if you mention their miscarried baby. We never forgot our child, after all. But it touches us immeasurably if you remember our lost babies, especially if you remember and use our child’s name long after it feels like the rest of the world has forgotten him. You may see tears, but I promise you they’re happy, grateful tears because we feel blessed, not burdened.

Myth 5: The earlier the miscarriage, the less attached the parents were to the baby and the easier it is to move on.

I’ve never really understood why it’s so hard for people to just say, “I’m so sorry for your loss” when they encounter someone who has lost a child to miscarriage. Instead, in a clumsy effort to be consoling, people end up ironically compounding the person’s pain. One of the deepest cuts to a mother’s or father’s heart is to dismiss their miscarried child by saying any of the following:

Interestingly, while we’re willing to admit that abortion does grave damage to the mother’s soul, regardless of how early she aborted, we tend to dismiss the pain caused by miscarriage, especially if the baby died early on. The bond between a mother and her unborn child is written in blood, which is why the loss of a child at any age usually causes intense emotional pain…no matter how that child died.

Yes, the longer a child is in our life, the more painful it will be to lose them; I don’t pretend that what I suffered losing my son at 18 weeks is as intense as the mother’s who loses her toddler or teenager or even adult child to death. But the bond between mother and child exists from the very beginning and any separation of the two will be painful. Mothers who lose their miscarried children are suffering terribly, too, and they have just as much right to mourn their child as does the person who loses an older child.

17 Replies to “Five Myths about Miscarriage”