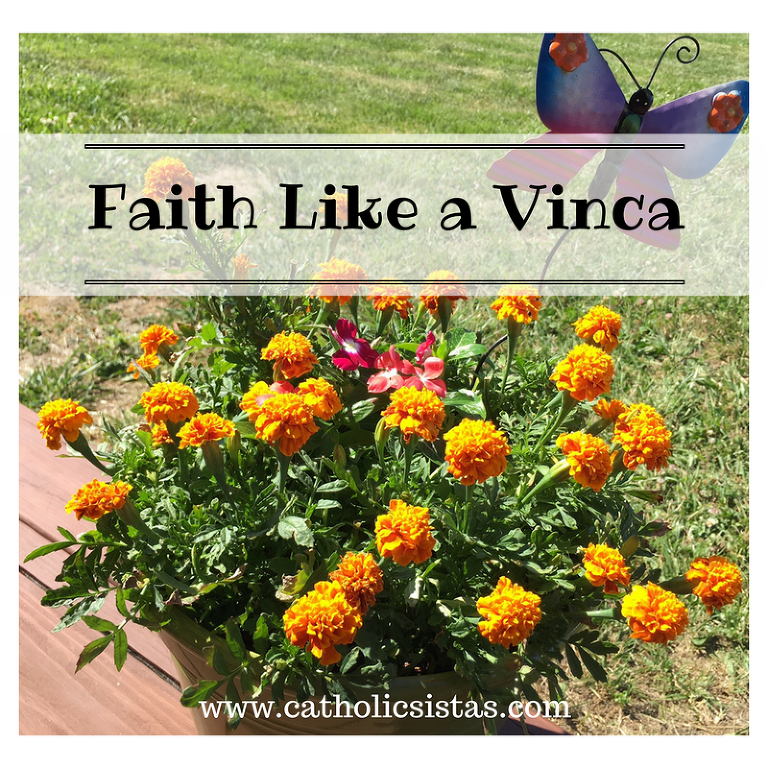 I’ve never been much of a gardener, but I do enjoy keeping a few potted plants on my back patio during the summer. I love the process of picking out colorful flower combinations, planting, and nurturing them throughout the growing season; I’m a farmer’s daughter, so I suppose it’s in my blood. Usually a couple of my planters die, but at least a few of them make it through the season in their full glory.

This spring, I experimented with a combination of pink vincas and orange marigolds in a vibrant green pot.  The vincas were fairly big, so I stuck them in the middle of the pot, surrounded by a ring of small marigolds. It seemed like a good idea at the time, but over the next couple of weeks, the marigolds slowly choked out the vincas until they were almost completely shielded from the sun.

The last few weeks have been difficult for my family. Tomorrow, I undergo major surgery to replace my damaged jaw joints and reconstruct the lower half of my face.* Because of doubts, busyness, Satan’s influence, etc., I eased up on my usual religious pract. I wasn’t reading the Bible as frequently or praying as fervently as usual. I had been attending mass three times a week, and now I only went on Sundays. Like my vincas, my faith was still there, but it was slowly being overtaken by the marigolds of doubt, fear, and insecurity. Did I make the right decision to have this complicated surgery?  What if I never woke up from anesthesia? What if I was one of those people who developed an infection or a rare complication from surgery? What if my pain was actually worse after surgery than it was before?

Something deep within me knew I needed to make a change. So, I reached out to some trusted friends and prayer warriors, admitting to them that my faith was faltering and that I needed some support. These folks have surrounded me in prayer and non-judgment over the last few weeks. Since then, I’ve taken part in the sacraments more regularly, including reconciliation and anointing of the sick, in preparation for my surgery. Although I am in the midst of the storm, I have never felt such peace, resting in the love of Jesus.

I held out little hope that my vincas would survive; however, like my faith, vincas are small but mighty. I kept watering them, added a little fertilizer, and pruned the marigolds. Slowly they are beginning to rise above, reaching toward the sun.

*I had bilateral TMJ joint replacement and reconstruction on June 15 (this post was written prior to surgery).  My TMJ joints deteriorated due to complications from scleroderma, a rare autoimmune disorder. Over time, this caused severe pain and dysfunction in my jaw joints, neck, and head, hindered my chewing and nutrition, and halted my career as a classical singer and teacher of singing. 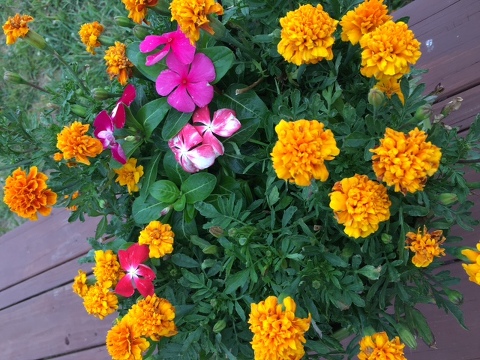 by Addie GramelspacherPosted in Addie, Ink Slingers, Last Rites/Anointing of the Sick, Offering your sufferingTags: anointing of the sick, faith, Mustard Seed