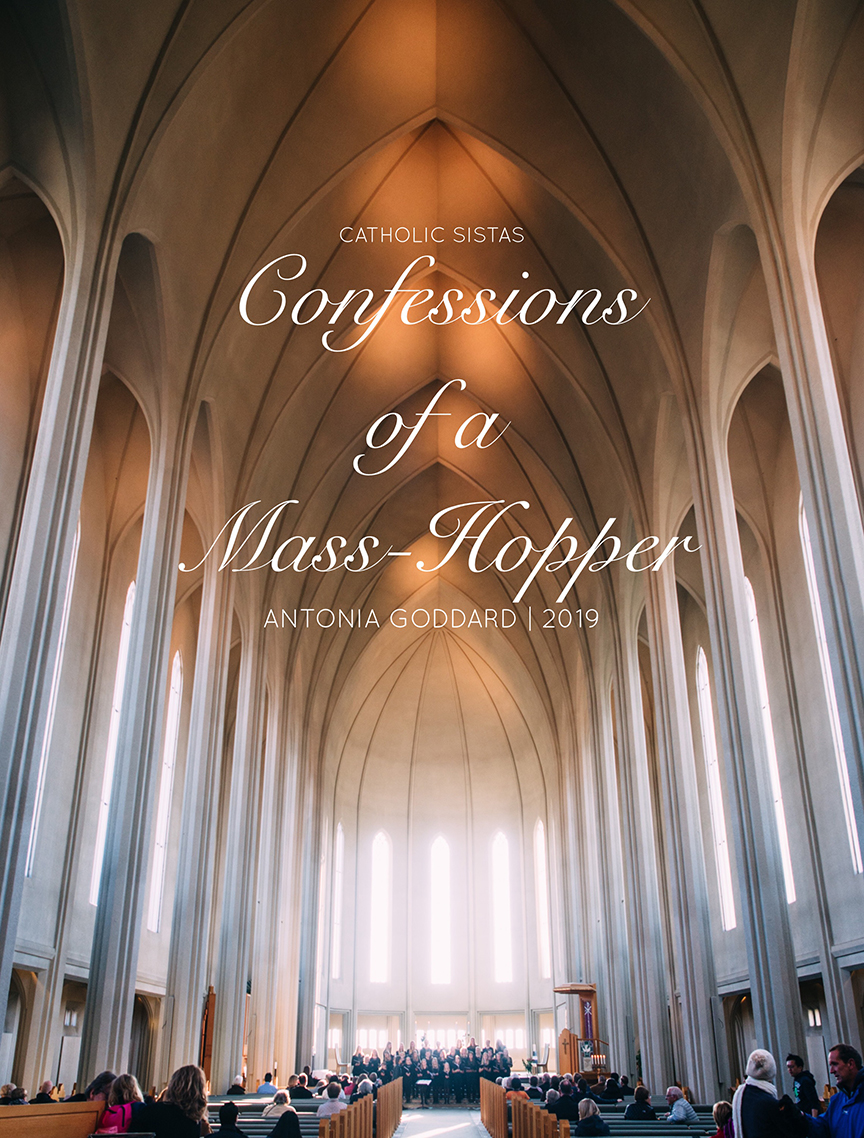 “It’s a crisis of Catholicism,” the priest insisted, “Mass-hopping is ruining our churches.”

He had a point. Young Catholics are more transient than ever, hopping between different rented accommodation (in London, this can be as often as every few months, when the rent gets hiked). Each move requires finding a new church, a new congregation, and squeezing the new Mass times around a busy schedule. This trend is only set to worsen, as more households than ever live in unsettled or impermanent tenancies.

It’s so easy to see what’s lost in a nation of Mass hoppers. Building a strong, positive, Catholic community to draw new families to God is harder than ever when your congregation swells or shrinks week on week, with few – if any – core worshippers to hold the fort. When the faces in the congregation are new and unfamiliar each week, it’s harder to foster the sense of loving welcome we should feel when entering Christ’s home. It can be tough, too, on parish priests, who are often reliant on their regulars to fill the reading rota or serve.

However, I found myself increasingly disagreeing as the priest condemned Mass-hoppers for failing in their obligation to assist in building a Catholic community around the church they attended. Of course there are negatives, but to dismiss Mass-hopping altogether as a scourge on the faith would be shortsighted. Not only should we be praising them for attending in the first place – despite unstable lifestyles and transience and all the challenges that come with frequent home moves – but we miss out on all the joys that Mass-hoppers can bring to a congregation of faithful.

Scratch the surface of Mass-hopping, and there are plenty of silver linings. Mass-hoppers bring fresh faces to the congregation, new ideas, and a change of scenery. Priests and parishes can’t afford to let things go stale when they have a new crowd to impress each week. For the Mass-hoppers themselves, the opportunity to hear new priests, hear new ideas, and pray in different ways should not be undervalued. Even hearing Mass in another language can be a joy, as having to think through the prayers and mentally translate everything breaks us out of the habit of reciting without praying.

My husband and I, before we were married, were among the more frequent Mass-hoppers. Shifting between university and homes across three different countries meant that we rarely heard the same priest twice, and got used to attending Mass on the hoof: a quick Google usually showed up the nearest churches with Masses in the next hour. We heard wonderful ideas from inspiring new priests, taught each other to pray the Hail Mary in German and Italian, and more often than not one of us had to translate the homily for the other on the way home. I paid greater attention, knowing that I’d have to remember the lessons and translate them into English as soon as we’d left the doors.

Finally married and settled, we are loving becoming part of a strong parish community, getting to know our priests, and attending the same Mass every Sunday. But to any and all Mass-hoppers who walk through the door, I for one will welcome them with open arms. Let’s see the joys and opportunities for everyone who partakes in Christ’s sacrifice.