Bruce Jenner: What Does Love Demand?–Part 2 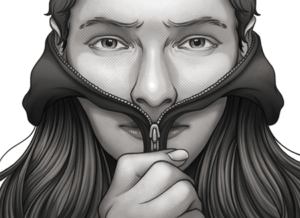 In Part 1, we talked about how a person knows he’s transgendered. This is important, because we must ask ourselves if as a society we’re going to accept and accommodate individuals’ subjective realities, as we’re increasingly being asked to do with the transgendered.

Bruce Jenner says he’s a woman named Caitlyn. Are we required to accept him as such? And what do we do about transgender people–pre-op and post-op–using bathrooms, living in dormitories, and competing in athletic competitions? As Catholics, we need to wrestle with these questions, because transgenderism is a thorny issue that will have far reaching legal and social consequences.

In trying to influence the culture, however, we must never lose sight of the fact that at the heart of the transgender issue are men and women who are children of God. While lawyers and politicians duke out whether a trangendered man can compete with natural-born women in the Olympics, we need to consider the very real people who identify as transgendered. What is the most loving way to respond to transgenderism when we encounter it in our brothers and sisters?

Reading the stories of transgendered people, I’m convinced that the core issue for transgendered people is acceptance. In reading the 1,200-page journal of Melanie Phillips, who transitioned from a man to a woman, I noticed that every time a friend, coworker, or even stranger accepted him as a woman, his self-esteem soared; he describes feeling emotionally high for days whenever a colleague called him by his chosen female name or a stranger believed him to be a woman. Phillips reveled in being “one of the girls” when in a group of women, and even felt “honored” when asked to do traditionally feminine tasks like making coffee for male coworkers. He even enjoyed sexism, because it meant he was “really” a woman.

Why would encounters like this mean so much to Phillips? Because they came after a lifetime of feeling inadequate and rejected as a man.

Transgender people often describe feeling “different” from their peers from a young age. And most of them really are different, in that they possess traits atypical for their sex. Phillips was an emotionally-sensitive and naturally empathetic little boy who preferred “gentler” pursuits, which stood in stark contrast to the rough-and-tumble masculinity he saw in his male peers. He gravitated toward and identified more with girls. Transgender women-to-men often describe a similar if opposite experience as children; as little girls, they never felt “feminine” or enjoyed the activities most other girls did.

Phillips and others’ descriptions reminded me of my son’s 11-year-old friend, Noah, who has Down’s Syndrome. A few weeks ago while we were visiting Noah’s family, the father said to me, “Other kids sense that something’s different about Noah, but they don’t quite know what that is. So they avoid him. Noah senses he’s being avoided–even if it’s subtle–and that makes him act out and do something obnoxious to get their attention. Which only confirms for the boys that he’s to be avoided.”

Transgendered people often experience a similar scenario. The boy isn’t masculine (as society defines it); the girl isn’t feminine. Other boys instinctively feel something is different about the effeminate little boy, so they either openly or subtly ostracize him, as they do to Noah. The boy may even be harassed for being a “sissy,” as Phillips was. Gender norms for girls tend to be more flexible, but the tomboyish girl still isn’t likely to be included in female conversations and rites of passage. By the time these “different” children reach adolescence, then, they’ve endured a thousand subtle and not-so-subtle peer rejections.

In story after story written by transgendered people, I saw no evidence that they were objectively the opposite sex trapped in the wrong body. But I did see an almost universal experience of being rejected as children, either by their same-sex peers or adults, which had understandably led them to reject themselves and gravitate toward the opposite sex.

As a boy, Phillips was much like my friend, Kevin: his smaller frame, emotional sensitivity, and effeminate gestures led other boys to avoid or bully him. He describes being forced to wear a dress for Halloween by his mother, his initial shame giving way to happiness as strangers opened the door and pronounced him an adorable little girl. His insecurity about his manhood followed him into adulthood:

“As an adult, when crossing the street, I would never know what to do with my hands or arms. I was always afraid I would be laughed at for being skinny or not ‘male’ enough. I would pretend to scratch an itch on my face so I could hold up my wedding ring as proof that someone thought I was worthwhile enough to marry.”

Many transgendered people describe desiring to be the opposite sex even as a child and I’m sure they’re being truthful. But is it likely those feelings and desires stemmed from the objective reality that they are the opposite sex trapped in the wrong body? Or is it more reasonable that having experienced profound rejection for not meeting societal gender norms, they sought emotional comfort and social acceptance by embracing the other sex?

In reading transgender stories, I couldn’t shake the sense that becoming the opposite sex gave these wounded people a social “do over.” Having always felt like a rejected failure as their natural-born sex, they finally received the affirmation they desperately craved as the opposite sex. This is no doubt why transgendered people describe feeling “happy” and “free” once they’ve transitioned. When living as your biological sex is emotionally and psychologically torturous, I imagine it is a profound relief to be free of that particular burden. (Perhaps, too, this is why so many of the transgendered I read about described feeling the greatest peace when alone in nature–unlike society, the natural world places no masculine or feminine demands upon them.)

I’m genuinely baffled that doctors, psychiatrists, and the people closest to the transgendered are hearing their stories and NOT seeing the connection between the rejection they experienced specifically through their masculinity/femininity, and their desire to be the opposite sex. Why can no one see that transgendered people are deeply wounded souls whose perception of themselves has become pathologically distorted? These are people in so much emotional pain that they’re often willing to do violence to themselves to find relief–and the compassionate response is to encourage them in that course? Especially when transitioning to the other sex in no way resolves the person’s underlying psychological torment (see this article and this study for more).

“What I love about your son,” Noah’s father continued, “is that he treats Noah like a completely normal kid…they just play together and he accepts him just because he’s Noah.” Would the outcome be different if we embraced and accepted people as children of God regardless of what their masculinity or femininity looks like? Of course. Why, then, aren’t we treating transgenderism as a tragic mental illness, and encouraging treatment so these individuals can heal from their devastating wounds? Surely it’s healthier–and more compassionate–to teach a person to fully accept himself as God made him to attain peace than to help him destroy his very self in that quest.

For every one hater who calls Bruce Jenner a freak, there are three others offering him the false compassion of support as a woman. I doubt anyone will consider that both responses just confirm for Bruce that he was never adequate or truly lovable as a man. Surely, Jesus calls us to something more authentically loving. For only when we teach our children to accept others as God made them, and teach the deeply wounded to accept themselves, will we be able to truly love our transgendered brothers and sisters.

« Bruce Jenner: What Does Love Demand? Part 1Seven Quick Takes – Why Use “The Rending Of Christendom Sourcebook” »