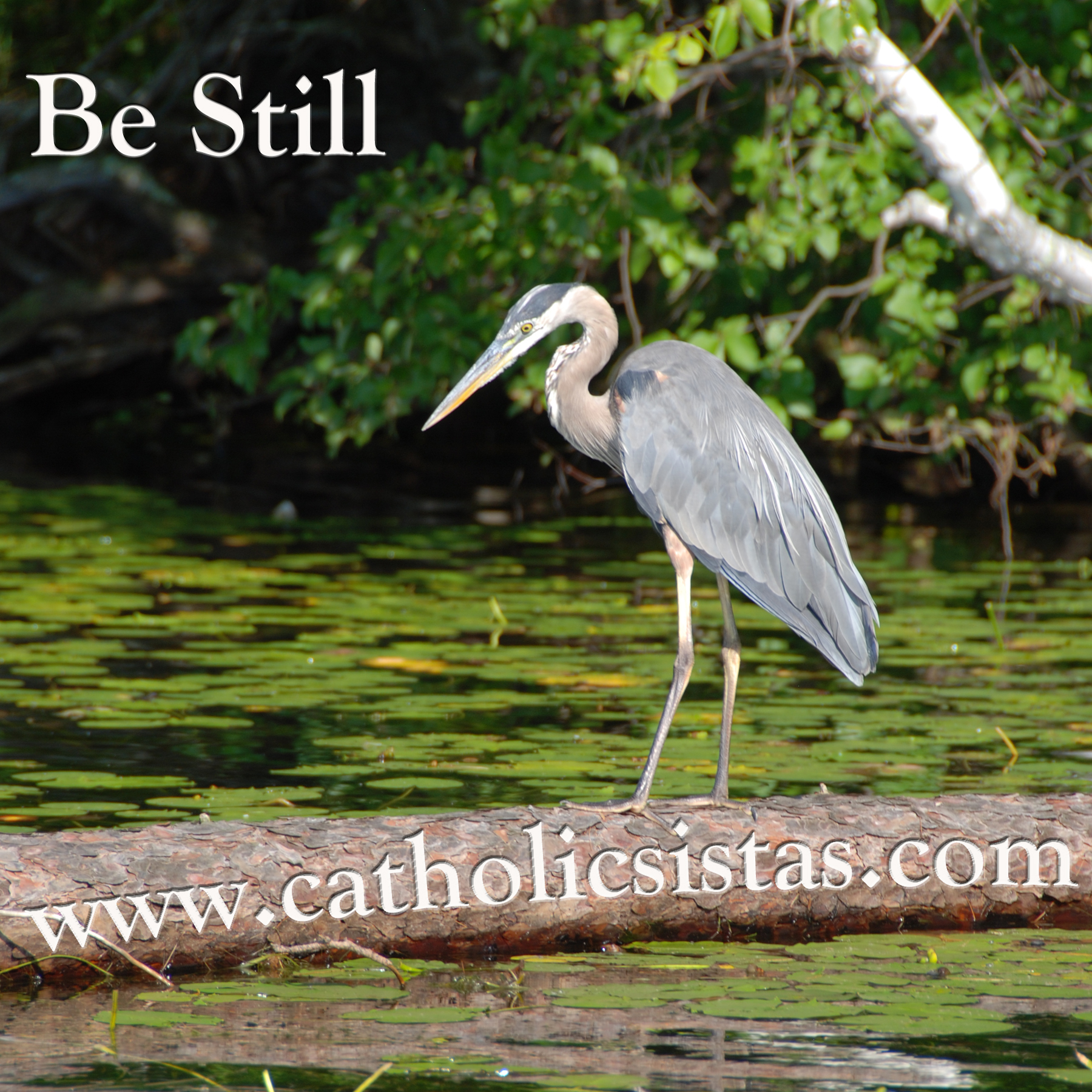 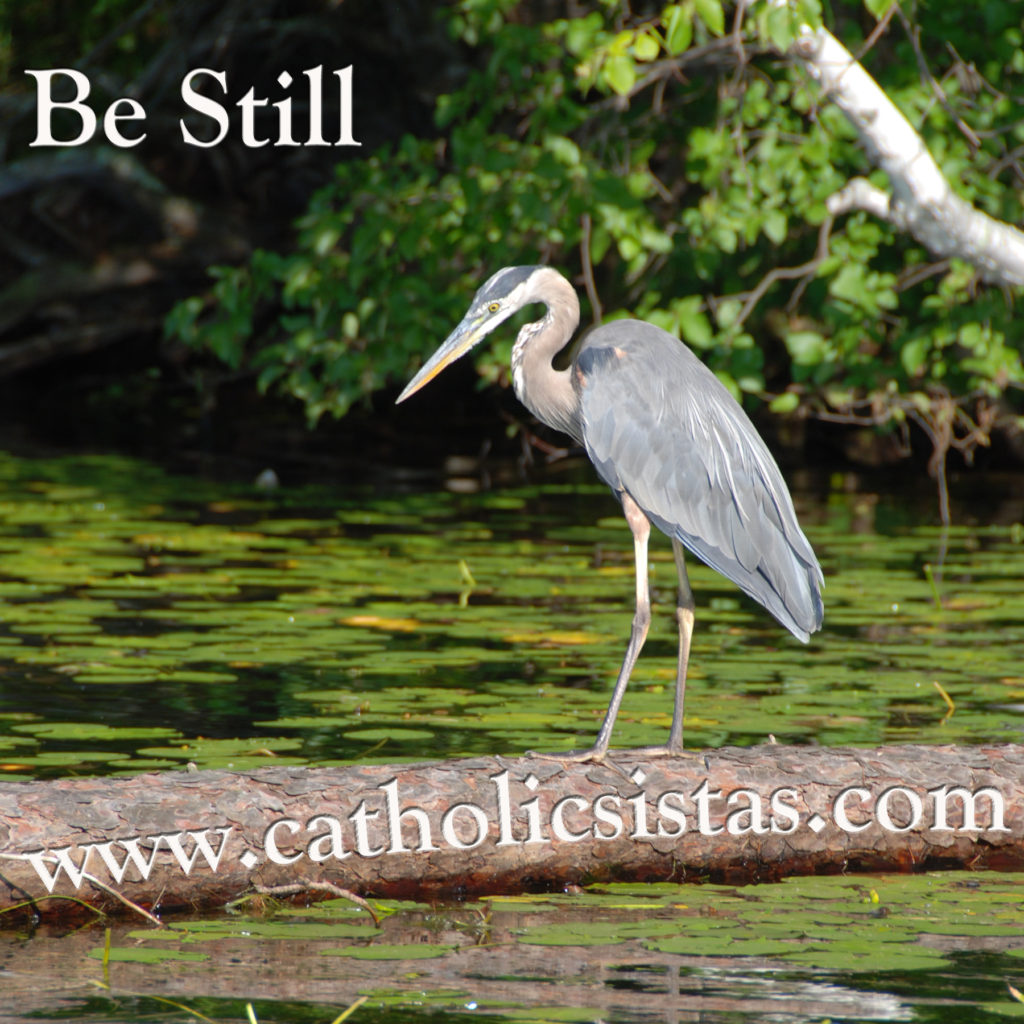 “Be still.” Really? I have so much to do, places to go. Again, “be still.”  Through a number of places and people, God has been telling me to “be still” this year.
I am notorious for being late.  My family of origin is usually running late.  We joke that it is in our “genetic code” to not be on time.  Our friends joke that they have to give us an earlier time in order for us to be on time.  Growing up, I often heard, “you’re going to be late to your own wedding!” (I wasn’t, by the way!)  We even have one friend who decided to come up with a formula for “Johnsen-time.”

It isn’t planned.  It isn’t because we feel we are more important and therefore, others can wait for us.  I’m sure it seems that way at times though.  After much analyzing, we simply put too much into a time frame.  The times I’m running the farthest behind usually start with me running early (It’s true!).  I look at the clock and think to myself that I have so much time before I need to leave.  Then, I think I can *quickly* do some little task.  Typically, that little task takes longer than planned, and suddenly I’m late rather than early.

“Be still.” As the year began, my sister and I were talking about our tendency to cut things too closely.  Both of our significant others are meticulously on time.  By “on time,” I mean early.  It drives both of them crazy when we are consistently late.  By “late,” I unfortunately do not mean “on time.”  We were discussing WHY we have this tendency.  It really falls into the category of feeling like we must constantly be doing.  Once we get into that mode, we think we can do more than we can in the time available.

We need to change our perspective.  Yes, we have a to-do list a mile long.  Yes, we have too many errands to run or places to go.  However, running at breakneck speed all day long does not actually change either of those things.  It leaves us constantly running until we fall, exhausted into bed at the end of the night and leaves us without peace, not to mention how it affects those around us when we arrive late once again.

Lent is a season of repentance, of reflection.  In my mind, it is a slower period, without the secular rush of Christmas.  As I’ve grown into an adult, lent has become one of my favorite times of the year.  We slow down.  We simplify.  We turn once again to the Lord.  We take out the unnecessary.  In some ways, we become still.

Again, it comes.  “Be still.”  Open the Word.  Hear what God is saying to us in this season.   We can’t hear Him through the rushing and filling of our days.  It’s time, once again, to be still, to sit with the Lord and just be.  Being still doesn’t mean lazy.  It means knowing where and Who fills me and knowing that in order to be filled, I must be still first.

Running early doesn’t mean “fill up the space with more activity.”  Running early means time to be still and listen to the Lord.

One Reply to “Be Still”