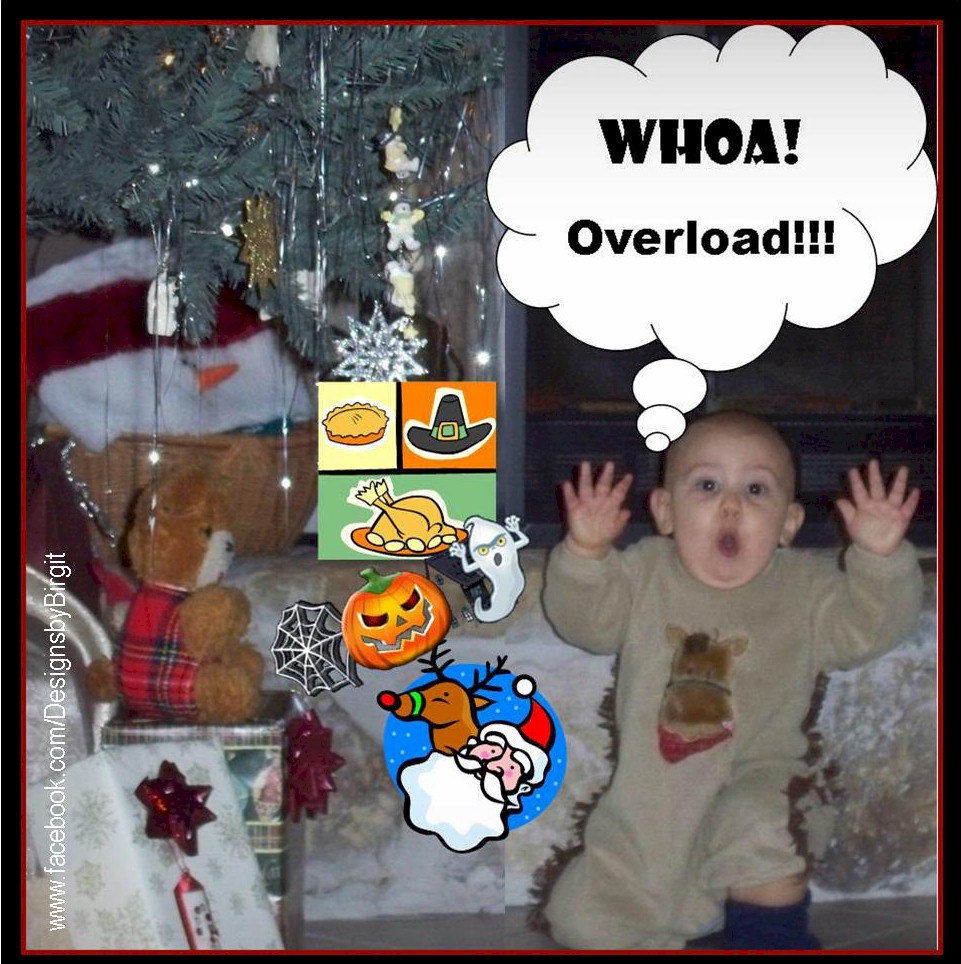 A friend recently bemoaned her inability to ‘get into the Christmas spirit’. Her discomfiture was painfully evident and brought to mind the necessity of a properly observed Advent. We humans have been an impatient bunch from the very beginning – always looking for a shortcut. In fact, throughout the ages the virtue of patience has had a rough ride. Holy Scripture is filled with admonishments for patience thus demonstrating that we are not alone in our lack of it. I don’t think that lack of patience is ever more evident to me than when Christmas is hustled into the forefront all too soon. This year appears to have been the worst in memory. Even before all of the Halloween merchandise had been marked down for clearance, the Christmas décor and songs began. What a dizzying debacle it was! Ghosts, witches, Pilgrims and turkeys joined Santa and Christmas ornaments on store shelves – all at the same time.

For Everything there is a Season

There is an important reason to let all things have their day to shine. After all, “for everything there is a season, and a time for every purpose under heaven”.  Eccles. 3:1 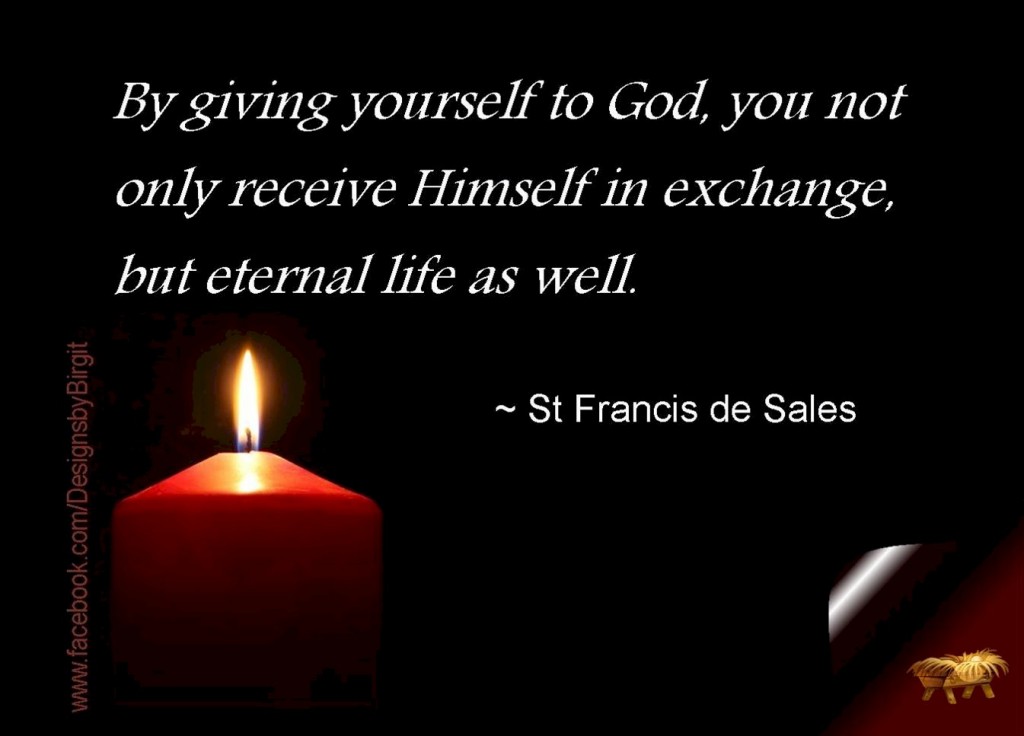 Why rush when a bit of fortitude can reap a much more beneficial outcome – both earthly and spiritually? If Jesus hadn’t come to us as an infant in a humble manger; grown into the learned child in the temple; and then manifested Himself as the native son healing and preaching in the streets; would His life, death, and rising have made the same resounding impact to even casual observers? Getting to know Him first and slowly learning His ways made His ultimate sacrifice that much more poignant. His life, itself, had an important story to tell.

Even in our human relationships, a bit of patience goes a long way. That’s why the Church demands a waiting period – and contemplation – before marriage. We are to get to know our beloved before making the lifelong commitment when pronouncing our vows. Clergy and religious also undergo a lengthy time of pondering – a thorough ‘getting to know you’ period. If you think about the success (or lack thereof) of things done in haste you might quickly come to the conclusion that a more measured approach is preferable. The beauty of a well thought out relationship is apparent.

The Church has given us Advent to Prepare

In her wisdom the Church has given us the season of Advent as such a preparatory period. It precedes the fullness of the joy of Christmas. Not unlike Lent, which comes before the glory of Easter, Advent is a season of charity and introspection. If we choose to ignore this vital step, our Christmas joy will not be complete – because we’ve taken a shortcut. Every year, during the liturgical cycle, we relive the life of Jesus. With the First Sunday of Advent the liturgical calendar begins again and we are taught to turn our minds to preparation and waiting. This is a time of moderation – hymns and church décor are more subdued. We prepare, much as a mother awaiting the birth of the child in her womb. It is important to see outside of our own selfish desires and seek ways to renew our wonder and faith. 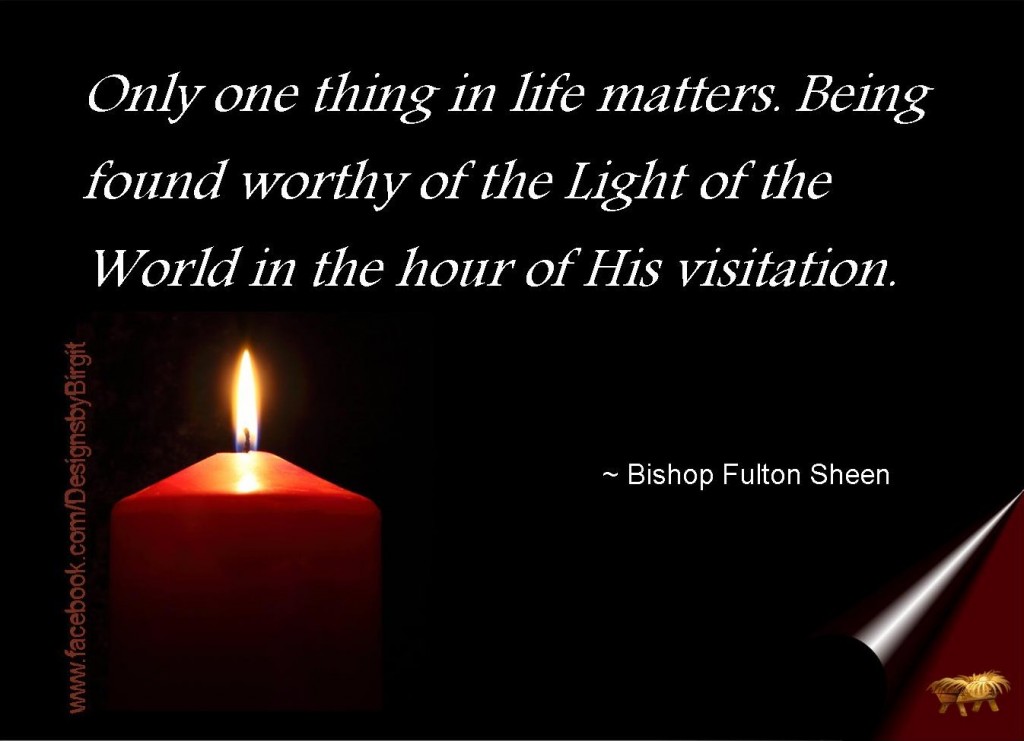 In this, the Year of Faith, we have a renewed call to learn about our ancient faith and to revel in all it has to offer. Again, the liturgical calendar gives us many opportunities for preparedness. We are reminded that, not only is Advent an anticipatory season before Christmas, but that we are to be ever watchful for the Second Coming of Jesus.

At Mass the scriptures we read take on a tone of anticipation and preparation. Reminding us of the various signs of the Second Coming, Saint Luke tells us that “people will die of fright in anticipation of what is coming upon the world, for the powers of the heavens will be shaken”. As these things come to pass, and the Son of Man comes again in Glory, the people of God are to “stand erect and raise your heads because your redemption is at hand.” Will we be properly disposed to receive Him when he comes again?

During Advent the decorations and music are also subdued and reverent because the fullness of Christmas joy has not yet been realized. The liturgical color is violet except for suitable colors for solemnities and holy days of obligation. Where it is observed, the exception to this rule is the Third Sunday of Advent also known as Gaudete or Rejoice Sunday. This halfway point in the midst of Advent focuses us on our heightened joy as the coming celebration draws near. Everything else about liturgy reflects expectant anticipation. Funeral Mass is not allowed on Sundays during Advent and the Gloria is not included in the Mass prayers/songs.

So How do We Apply What We’re Taught?

Having delved into the spiritual relevance of Advent, how should we celebrate it with the proper disposition? As our priest admonished us this past Sunday,

“You’ll spend several hours at the mall and in preparing your home for the holidays.

Won’t you spend one hour in adoration?” 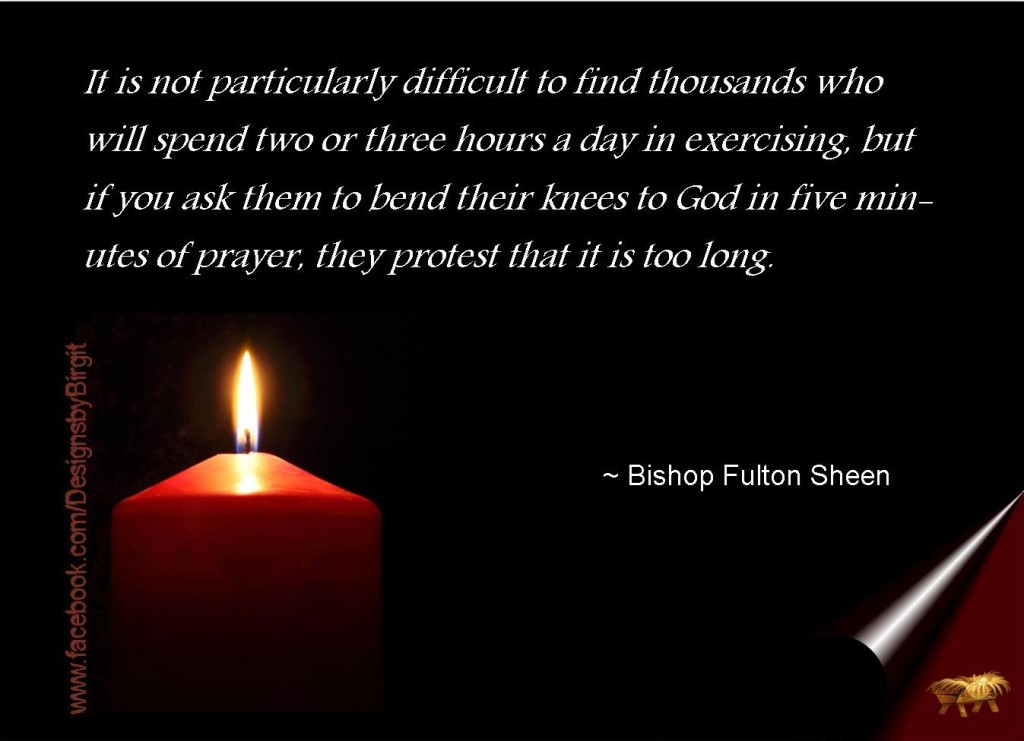 In addition to making regular visits to Jesus in the Blessed Sacrament, then, we should take each week of Advent as a personal challenge to improve our prayer life. As the weeks progress, so should we give our full attention to the two comings of Jesus – His birth as a humble infant and His return as the Triumphant King. One of our most popular seasonal hymns alludes to this. Composed by George Handel, Joy to the World was written by Isaac Watts and based on King David’s Psalm 98 in preparation of the Second Coming. It beautifully and joyously blends the commonality between His birth and His Second Coming.

Feast days also abound during Advent.  As we know, The Blessed Virgin Mary also plays an integral role in our salvation by having said ‘yes’ to being the Mother of God. It is fitting then, that both the Feast of the Immaculate Conception and the Feast of Our Lady of Guadalupe are observed during Advent.  The Feast of St. Nicholas also falls within the season of Advent. This model for the eventual development of the secular Father Christmas – Santa Claus – was a real life bishop and model of charity. Finally we have the feast of Saint Lucy or Santa Lucia – the festival of lights. All of this is observed as we await the arrival of the Light of the World – Jesus!

So there we have it – four weeks to prepare our souls for our observation of Christmas and  our preparation for the Second Coming. There is a plethora of opportunities for observing this exciting, season. I leave you now with a few links to some of my favorite resources. Let’s  join the Church in marking this special time in a manner befitting the anticipation of the arrival of Our King!

From my friend over at Phat Catholic Apologetics comes an amazing array of material.

For your children, you will need only check out A Colossal Set of Resources for Advent over at Raising and Teaching Little Saints.

You may also want to wander over to my personal blog, Designs by Birgit to check out the children’s Advent crafts listed there.

One Reply to “Advent – Don’t Rush! It’s not Christmas Yet!”