“Ignorance is not so damnable as humbug, but when it prescribes pills it may happen to do more harm.” –George Eliot 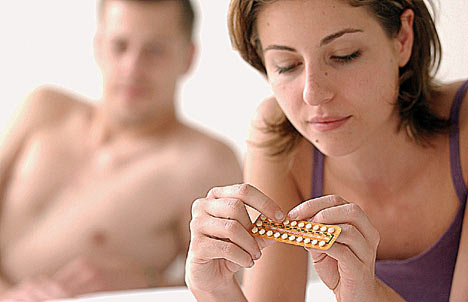 In 1968, Pope Paul VI confirmed the Church’s longstanding teaching against contraception (which includes any measure designed expressly to prevent conception during the conjugal act) in Humanae Vitae (On Human Life). The Pope reminded Catholics of the truth about God’s plan for marriage and sexuality in response to the advent of the Pill, which was being lauded as the first effective and reliable form of contraception.

In Humanae Vitae, the Pope predicted several negative consequences for individuals and society if contraception use were to become widespread: 1) men would lose respect for women and treat them as mere instruments to help them gain personal pleasure; 2) marital infidelity and promiscuity would become rampant because the disincentive of pregnancy would no longer deter people; 3) human beings would lose respect for the process of begetting new life and attempt to claim for ourselves the right to create it; and 4) coercive governments would force their citizens to contracept, thus violating their human rights and dignity.

I’ll leave to our readers to determine if the Pope’s words were prophetic.

Of the few dissenters who actually read Humanae Vitae when it was issued, most misunderstood the Pope’s warnings. He was not saying that God was going to punish us with bad outcomes because we disobey Him and use the Pill. Instead, the Pope said that because contraception itself violates the natural law, the consequences will inevitably be bad.

There are other consequences to the Pill that not even Paul VI could foresee, however. No one knew back then that those little tablets of synthetic hormones are actually carcinogenic, increasing women’s risk of many cancers. Nor did anyone imagine that these hormones would be excreted in women’s urine and find their way into our environment. For years, a handful of brave scientists have sounded the alarm about the freakish mutations occurring in wildlife near streams and rivers fed by estrogen-rich wastewater.

But fish and frogs aren’t the only creatures affected by the Pill; there is now copious evidence that the hormones have found their way into our drinking water and are causing serious health problems for human beings, too.  In addition to causing early onset of puberty in girls and cancer in women, multiple studies have now confirmed a solid link between prostate cancer in men and Pill use in women. Using data from 87 countries, researchers found that where the proportion of women using the Pill is higher, so are prostate cancer rates in men.

Professor Janet Smith says using contraception is like ingesting a little bit of poison in your orange juice each day: it may not harm you right away, but it’s still going to hurt you in the long run. When she made this analogy during her famous, “Contraception: Why Not?” speech in 1994, she likely never imagined the hormones she spoke about were literally poisoning not just contraceptive users, but the rest of us, too.

Contraception affects us all. The hormones from the Pill have gotten into our rivers and streams and are damaging the precious environment God has given us. It has poisoned our drinking water, causing serious health problems for women, men, and even children. For as long as we’ve had the Pill, the decision to use it has been touted as a private one that affects only the woman who uses it. Yet it is obvious that when one woman chooses to ingest these hormones, she also chooses for her husband, her children, her parents, her neighbors, and her coworkers to ingest them. She chooses for me, my husband, and my children to ingest them. It is painful to realize that despite my efforts to spare my own family the harmful effects of using hormonal contraception, we are all still likely to suffer the consequences as if we did.

Whether you are a practicing Catholic who uses natural family planning (or doesn’t!) or you are a Catholic who has always struggled with the Church’s teaching on sexuality and family planning, let this be a call to action for you. For Catholics blessed to accept the truth about conjugal love, let us never neglect to proclaim the beauty of God’s plan. And for my brothers and sisters who want to be faithful, but who are afraid or simply lack information, let this galvanize you to seek the voice of Christ through the wisdom of Holy Mother Church. Let this be what spurs you to investigate and embrace God’s plan for your sexuality, your marriage, and your family. I strongly recommend videos, articles, and books by Christopher West, which will beautifully explain what and why the Church teaches what it does about sexuality and family planning.

Fertility is one of God’s most amazing gifts to us. May we all have the courage and the grace to treat it with the reverence it deserves.

42 Replies to “A Bitter Pill, Indeed”