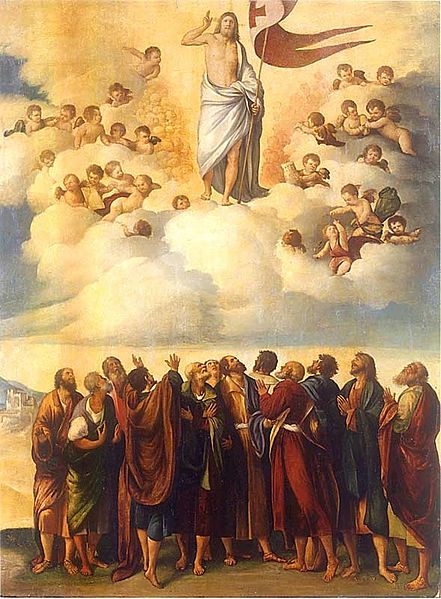 N.B. Today, Ascension Thursday, is a Holy Day of Obligation (you must attend Mass) if you live in a diocese in the states of Connecticut, Maine, Massachusetts, Nebraska, New Hampshire, New Jersey, New York, Pennsylvania, Rhode Island, and Vermont. All other dioceses in the U.S. have transferred the Holy Day to Sunday – please check your parish bulletin to make sure you know what your diocese is doing!

The celebration of the Feast of the Ascension 4o days after Easter dates back to apostolic times.  It falls between the two major feasts of Easter and Pentecost, and as the Feast has recently been transferred to the following Sunday in many dioceses, its significance is often overlooked.  Although it is foreshadowed several times throughout the Gospels, the occasion itself is only mentioned three times in the Bible (Luke 24:50-53, Mark 16:19, and Acts 1:9-12). However, the event itself is nothing short of a fantastic miracle, and there is unique history and customs surrounding the Feast. Seven things you may or may not have known about this great event:

1. The Ascension of Our Lord took place on the Mount of Olives in Jerusalem; this is the spot where Jesus stood and wept over the city of Jerusalem (Luke 19:41), and the Garden of Gethsemane sits at the base of the mountain.

2. The Ascension is considered a holy occurrence both by Christians and Muslims. The shrine called the Chapel of the Ascension was built by Christians but is now under Islamic jurisdiction, although it is open to visitors of all faiths.

3. In the Chapel of the Ascension there is a piece of rock in which is embedded the right footprint of Jesus – the last place on earth He touched. The rock with the left footprint was removed centuries ago and is in a mosque in Jerusalem.

4. The Ascension is mentioned in the three historic Creeds of Christianity – the Apostles Creed, the Nicene Creed, and the Athanasian Creed.
5. Until recently, the Paschal Candle was blessed and lit at the Mass of Easter Vigil and extinguished on Ascension Thursday. (Under the current guidelines, the candle is to stay lit until Pentecost, and then only during baptisms and funerals.)
6. Ascension Thursday is a federal holiday in many countries, including France, Germany, Indonesia, Norway, Austria, Belgium, and Sweden (but not in the English-speaking countries of the United States, Canada, the United Kingdom, or Australia.)

7. According to an English legend, eggs laid on Ascension Day never spoil, and will bring good luck if placed on the roof of a house. (I don’t get it, either; sometimes I pretend to forget my English heritage.) 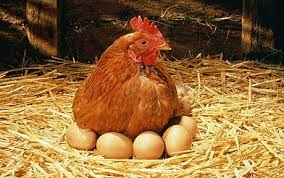 “”The feast of our Lord’s ascension also reminds us of another fact. The same Christ, who encourages us to carry out our task in the world, awaits us in heaven as well. In other words, our life on earth, which we love, is not definitive. We do not have a permanent dwelling place here, but we seek that which is to come (Heb 13:14), a changeless home, where we may live forever.” ~ St. Jose Maria Escriva: Christ Is Passing By, 126

“Moses brought out of Egypt a timid nation, and in the space of forty years trained it to be full of valor for the task of conquering the promised land; Christ in forty days trains his apostles to be bold and patient instead of cowards. They mourned and wept at the beginning of the season, but at the end they are full of courage for the good fight; their spirits mount high with their Lord, and when he is received out of their sight, and their own trial begins, they return to Jerusalem with great joy, and are continually in the temple, praising and blessing God.” ~ Blessed John Henry Newman