Seven Things That Are (Way) Better as a Catholic

Having spent most of my life as an atheist (I converted just 13 years ago), I have a good basis of comparison for the difference between Catholic and non-Catholic life. And without a doubt, these seven things are WAY better now that I’m Catholic! 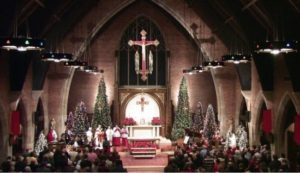 Christmas is just fuller when you get the presents, the decorations, the dinner AND the Incarnation!

My husband and I spent three years as a childless married couple. Weekends weren’t terribly special other than the reprieve they provided from our jobs. Sure, we’d spend Saturday and Sunday sleeping in, but those days were really about trying to finish all the household chores and projects we couldn’t get to during the week. Now, Sunday is a day my whole family looks forward to, because it’s a day of togetherness and REST. In Dr. Timothy Gray’s talk on keeping the Sabbath (which I highly recommend), he talks about how the Lord’s Day is a gift that’s spiritually transformative if you accept it–and I agree. I no longer have that Garfield-like aversion to Monday, because I feel rejuvenated by both the Eucharist and the rest I get (body and soul) on Sunday.

As an atheist, holidays like Christmas, Easter, and New Year’s were things I looked forward to because 1) I usually got a day off from work, and 2) it was an excuse to laze around in PJs (and drink). Even after I got married and began spending Christmas with my husband’s family, celebrating the day entirely for secular reasons still left me feeling deflated; despite all the buildup, it just seemed anticlimactic once all the gifts were unwrapped and the dinner eaten. Now, those same days are spiritually rich and fun. Even though the trappings are the same–presents under the tree and chocolate eggs–there’s a deeply satisfying spiritual joy beneath the festivities, because I know that these “holy days” are really harbingers of the eternal joy we’ll share in heaven.

I’ve done the Cosmo thing, and had “no strings attached” and “friends with benefits” casual sex. I’ve done the secular married thing, too, where we were happy to take all the bonding of sex without the nuisance of that pesky fertility (thank you, Mr. Condom!). Now, I do the practicing Catholic thing, where lovemaking au natural is always accompanied by the possibility of bringing a new person into existence. And you know what? There’s no comparison. When sex was all about recreation and performance, it was easy for the novelty to wear off and to get bored with the other person. But when you really take in the spiritual reality of sex: that you’re receiving the full gift of another person (whose riches can never be exhausted) and that you might create a new soul that will exist for all eternity…let’s just say the experience is elevated far higher than mere “fun,” even when it is. And performance? That anxiety goes away, too, when you know the person is there for YOU and not just for the pleasure he can get from your body. 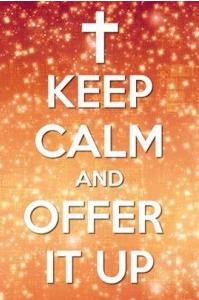 Despite the modern world’s desperate attempts to stave off all forms of suffering, pain and struggle are simply a part of life in our fallen world. As an atheist, suffering was doubly awful because it appeared to be pointless–I had to go through the pain, but then had the gall of knowing it had no meaning besides making me miserable. As a Catholic, I understand that when I suffer, God is inviting me to unite my pain to that of Christ’s on the cross, which transforms it into untold graces for other souls (i.e., redemptive suffering). When I suffer, God asks me to do nothing less than help Him save the world. If I have to suffer (and there’s no escaping it), then the pain becomes easier to take when I know it’s helping to save someone I love instead of just pointless misery.

I grew up in a severely impoverished family in southern Virginia; we were even homeless a few times. Going into young adulthood, then, money (and all the cool stuff I could buy with it) became a symbol of security for me. Not to mention a self-esteem boost, because while all people are equal, I knew that in the secular world, being rich makes you more equal. As a Catholic, though, I know that everything I have is on loan from God, down to the health and strength I use to earn the money. It no longer matters whether I have a billion dollars or one, because my self-worth is rooted in God’s unchanging love for me, not in wealth or in things. Knowing that I’m really just God’s hired steward of my money has made me, ironically enough, both more thoughtful about money and less invested in it.

As an atheist, being a woman was all about the fight–against patriarchy, against my fertility, against unrealistic societal expectations. Sure, women’s magazines would occasionally pay lip service to just how awesome it is to be a woman(!), but I knew that in the battle of the sexes, men always came out on top. Among other benefits, they got to avoid the bodily discomfort of menses and pregnancy and earned higher wages and better jobs just because. Then I became Catholic and accepted a faith whose most venerated human being is a woman. And whose theology not only calls woman “God’s masterpiece,” but demands that men not only treat us as equals, but sacrificially serve us above even their own needs! My Catholic faith has given me an appreciation for my unique feminine gifts that the secular world never could. 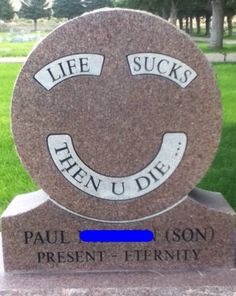 …and then it REALLY begins!

I had two choices as an atheist: pretend death wasn’t coming or call it out by laughing at its absurdity. Either way, death was something to be hated and avoided at all costs. Why? Because whether it came suddenly in a fiery crash or peacefully during sleep after 100 years, death was going to end my rich and beautiful life on this planet, among all the awesome people I’d come to love. Today, I understand that death is not something to be feared or reviled, but anticipated joyfully, because it’s the beginning, not the end. As a Catholic, I know that however painful death may be, it’s the door to my eternal life of joy with God, the saints, and the angels (and hopefully, all those earthly pilgrims I now love). It’s funny that the very thing I once imagined was going to strip my existence of all its meaning is actually that which will enable me to live my life to its fullest potential.

What about you, sisters? For those of you who have converted, what part of your life is better now that you’re Catholic?

« Luck of the IrishInterview with Sr. Georgette Andrade, SSC: Year of Consecrated Life »