The Revolution of John XXIII: The Second Vatican Council (Review) 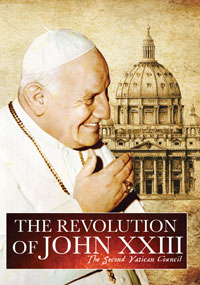 Kerri Baunach is a Catholic wife and mother of three boys (plus three in heaven). She and her family live in beautiful central Kentucky where she is active in her church, a member of Cursillo, and a Benedictine Oblate. Kerri often writes on her Catholic faith, pregnancy loss, her kids, and pro-life issues. Kerri is a former music librarian (16 years) now stay-at-home mom, was a musician for over 20 years, loves taking her kids to the library (and loves that they love it), is passionately pro-life, can’t cook, and has lived in six states. In additional to writing at Catholic Sistas you can also find Kerri on her own blog at Journal of a Nobody.

« Why we DON’T use Birth ControlGet Over Yourself! »