This is the fifth installment in the series of Ode to Feminine Genius: Proverbs 31 Catholic Woman. Today’s topic will cover a Merciful Woman. 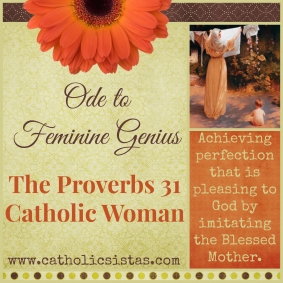 Four years ago, my husband became someone else almost overnight.

We’d been married for more than a decade and I’d always known I’d gotten one of the good ones. My husband was naturally compassionate, attentive to me and our children, and easygoing about most things.

The same man who had surprised me by doing eight loads of laundry (without being asked) or who didn’t hesitate to change a diaper or wrestle with our kids on the floor now contributed almost nothing to the household other than his paycheck. Once on fire for the faith, he stopped receiving Communion and sometimes just skipped Mass altogether. He sat silently among us, lost in his electronic world, most of his communication relegated to yelling at the kids for being too loud or bickering. He even lost interest in sex. In place of the man I had always thanked God for, a stranger now lay beside me at night.

At first I was baffled. He was nearly 40 and I thought he might be having a midlife crisis. I addressed it head on and talked to him about his time on the electronics and emotional withdrawal. He was contrite; he could see his behavior was negatively affecting our marriage and family.

But efforts to unplug were short-lived. We’d have a few days of him keeping busy with other activities, only to fall back into the pattern again within the week.

When “discussion” didn’t seem to help, I got angry. How dare he leave the house, the kids, the bills, the everything all to me, and ignore me to boot! For the first time, I understood the suffering of so many sisters in Christ who have profoundly selfish husbands. Suddenly, marriage really was the empty ball-and-chain our culture parodies it to be.

Or so I thought. My husband, you see, was clinically depressed. His descent into mental illness had been precipitated by several major life stresses the year before: we’d lost a child, severed contact with his abusive parents, and moved across the country for his new job. It was the perfect storm and we were both blindsided when it hit our family.

One day about six months into his depression, he shared with me that he constantly felt a great weight on his soul. “I’m always exhausted no matter how much sleep I get and it’s all I can do to go to work,” he confessed. He described feeling emotionally “flat-lined” and mentally foggy. “I think I’m depressed,” he said.

Then he said something that changed me forever: “I’ve been the strong one for the past 13 years. Now I need you hold me up for a change. I need you to just be patient while I figure out how to deal with this. I need you to show me some mercy.”

Knowing there was something clinically wrong with my husband did made it easier to cope emotionally. I no longer thought it was my fault he wasn’t interested in physical intimacy, for example. But in the practical, day-to-day living out of our marriage, not much changed—externally. Internally, everything did, as I had my first true trial in the practice of mercy.

Mercy is a word Christians use often in talking about God. We gratefully acknowledge that God mercifully forgives our sins and mercifully pursues us even when we’re mired in serious sin. But what is mercy and how often do we practice mercy ourselves?

Mercy is showing compassion or forgiveness toward someone whom it is within your power to punish or harm. Early one, I wanted to punish my husband for what he was doing by heaping guilt and even shame on him; I was so lonely and I hurt so much from “losing” him that I wanted him to hurt, too. I wanted him to atone for the pain he’d caused us all. I wanted justice, but he needed mercy.

Scripture tells me I have a right to a husband who loves me “as Christ loved the Church.” I deserve a husband willing to sacrifice everything—what he wants and even what he needs—to serve me in love. At one time, I’d had that kind of man, but not anymore. I was angry and bitter, yet whenever I focused on what I had lost and what I deserved, those dark feelings only grew. Once I understood that my husband was depressed, I knew God was calling me to be merciful to him, despite his daily shirking of responsibilities and emotional abandonment. To do that, I had to stop focusing on myself. I wanted justice, but he needed mercy.

With God’s grace, I gave him that mercy. I stopped complaining that he wasn’t doing enough around the house, and reminded myself over and over that he wasn’t contributing because he was sick, not because he was selfish. I thanked him for what he was doing—getting up and going to work every day so we’d all have what we needed, despite his depression. I encouraged him to see a counselor, and didn’t chastise when it took him a while to make the initial call. I talked to God when I was lonely instead of asking him why he wasn’t interested in going on dates with me anymore. I picked up his cross for him, as Jesus does for us, and bore his malaise and withdrawal in loving silence.

Being merciful was agonizing. I learned the hard way that, “Love in action is a harsh and dreadful thing compared to love in dreams” (Dostoevsky). Some nights I was on my knees, literally begging God for the grace to offer my husband compassion instead of condemnation, mercy instead of judgment.  I asked him to help me see my husband through new eyes, with a heart that no longer saw his illness in terms of what it was costing me, but according to what it was costing him to live with it. Through mercy, God taught me to love my husband as we all deserve to be loved—with a love devoid of self, thinking only of the good of the other person.

In time, my husband got help for his depression. And the loving, kind man that we all loved took his place back in the heart of our family. He knew he’d hurt us all deeply, even if it was unintentional, and he’s still working hard to make it up to us. So I got my justice after all.

But by the time it came, I no longer cared about justice. Mainly because all those desperate, frequent prayers to overcome my less-than-loving feelings had fostered a deeper intimacy with Jesus. At one point during the darkness, I realized that I was no longer lonely and hurting because I felt emotionally and spiritually fed by God. I was closer to the Lord than I had ever been before. Never to be outdone in generosity, God had blessed me a thousandfold when I offered meager human mercy to my suffering spouse.

Why is it so hard to be merciful? Usually because we must act against our own wounded feelings in showing compassion and forgiveness to others. Our Lord knows it’s hard, though, which is why he doesn’t condemn us for selfish or uncharitable feelings.

In The Divine Mercy Diary, St. Faustina describes seeing Jesus stretched out on the Cross. He said to her, “My pupil, have great love for those who cause you suffering. Do good to those who hate you.” The saint answered, “O my Master, You see very well that I feel no love for them, and that troubles me” Jesus said, “It is not always within your power to control your feelings. You will recognize that you have love if, after having experienced annoyance and contradiction, you do not lose your peace, but pray for those who have made you suffer and wish them well.”

Like forgiveness, mercy is an act of the will; it’s expressed in action and words toward another, regardless of our feelings. We call it practicing mercy for a reason, after all. Because it usually takes a long time for our bitterness to give way to true compassion for the person who hurt us. God’s grace makes mercy possible, not easy.

People will hurt you, sometimes intentionally. Be merciful anyway, so you may be blessed yourself. We want justice, but we need mercy—all of us. 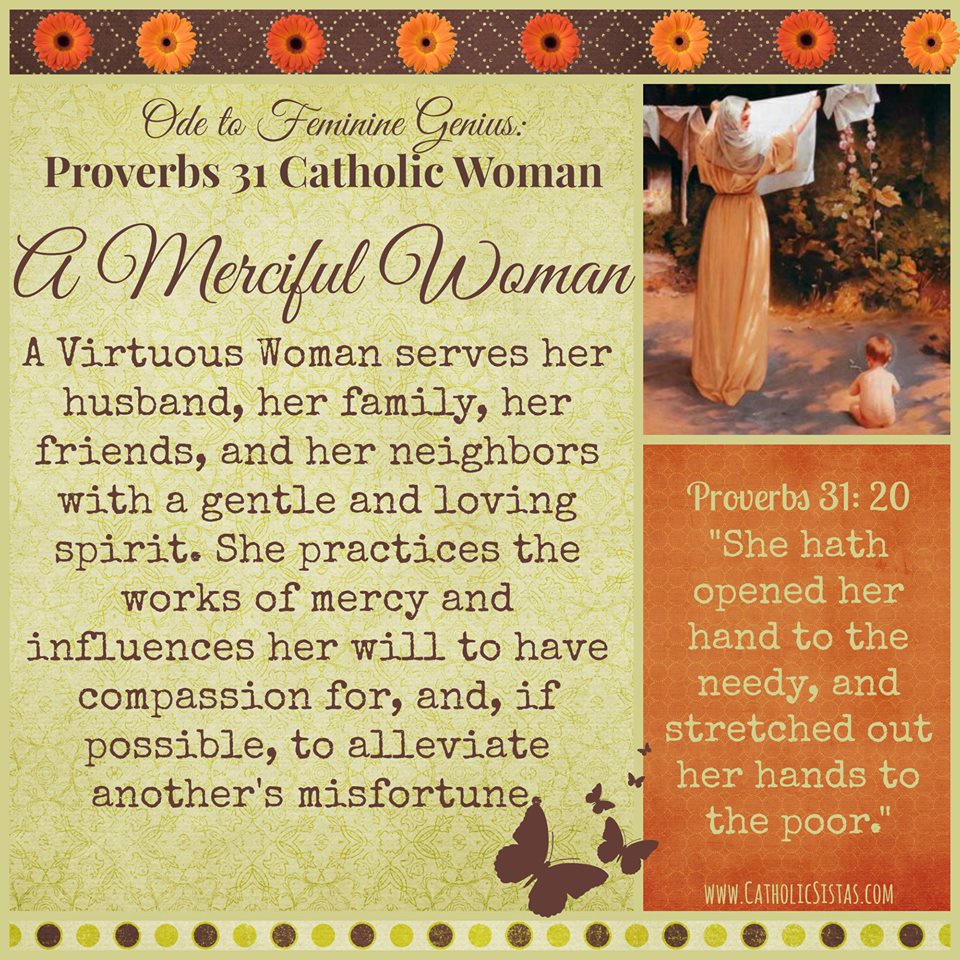