Movie Review: “For Greater Glory: The True Story of Cristiada” 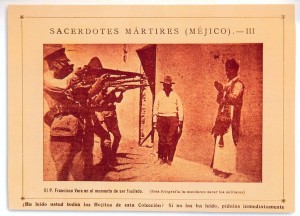 “Men will shoot bullets but God decides where they land.” “¡Viva Cristo Rey!” These faith-filled statements are uncanny for an atheist general to proclaim. And even stranger is that an atheist general would create a formidable army out of nonmilitary Catholics: clergy, fieldworkers, civilians, women, and young boys in order to fight in a holy rebellion. This Catholic struggle against the government forces of president, Plutarco Elías Calles, for the preservation of religious freedom is the story portrayed in the movie, “For Greater Glory: The True Story of Cristiada.”

“For Greater Glory” is based on the book “The Cristero Rebellion,” which chronicles the Cristero War from 1926 – 1929. This period of history was so horrific (claimed over 90,000 lives in three years) that the world, especially Mexico, would rather write it out of history. The producer, Pablo Jose Barroso of Newland Films, helped bring this period forth to the world on June 1, 2012 in over 700 theaters. The movie is directed by Dean Wright. And it features a stellar cast with Andy Garcia (Enrique Gorostieta), Eduardo Veríastegui (Anacleto Gonzalez Flores), Oscar Isaac (Victoriano “El Catorce”), Eva Longoria (Tulita), Rube Blades (President Plutarco Elías Calles), Bruce Greenwood (Ambassador Morrow), Peter O’Toole (Father Christopher), Bruce McGill (president Calvin Coolidge), Nestor Carbonell (Mayor Picazo), and many others. Be prepared to have your heart stolen by Mauricio Kuri (José Luis Sánchez del Río). The movie is rated R due to war violence and disturbing images, which are not for artistic license but integral to the adherence to historical accuracy. In reality the movie diminishes the depiction of violence in comparison to the actual occurrences. 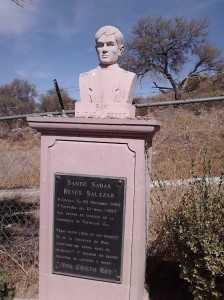 “For Greater Glory” is a historical epic drama which remains surprisingly accurate to the historical occurrence during the Cristiada. This movie was filmed on many of the actual sites of the conflict. Despite the effort to portray an intricate period of history, replete with complex historical characters, during a movie that lasts under 2.5 hours, the producers and actors do an excellent job. They provide sufficient material to understand the conflict. And they provide sufficient depth to the characters to be able to identify with them (understand their motivations and perspectives). The development of the plot is fluid and appropriately paced.

I love the power of art as film— in this case this movie resonates, is timely, inspires and transforms. As you watch the movie you will realize how tenuous the assurance that we will always have religious freedom can be. In the movie one witnesses how religious freedom was encroached upon little by little. First the Mexican government promulgated seemingly insouciant laws, then they delivered propaganda portraying religion as evil and as being foreign supported (imposing of beliefs with the intent to undermine and overtake government). Then the government, unexpectedly, begins to enforce these antireligious laws and make examples of law-breakers, without restraint.

We are currently faced with the promulgation of policies and legislature that undermines, infringes upon, and erodes religious freedoms. This movie helped me appreciate the religious liberties that I enjoy, and have taken for granted. It made me feel more connected to those that struggled to enjoy and protect what is so facile to me. And it made me feel greater solidarity with the 200 million Christians who live oppressed and are persecuted around the world, today.

I loved this movie and it left me desiring to know more about the historical characters portrayed. I am specifically intrigued to know about their faith journeys. In the movie there are individuals who represent all of us: unbelievers, an atheist who has a cathartic conversion to faith, lukewarm individuals who become fervent, and Holy Spirit filled individuals who were always ready to give it all. Over twenty individuals have been canonized as saints and declared blessed from this period (those from this movie: Father José Maria Robles Hurtado, José Luis Sánchez del Río, Anacleto González Flores, and Father Christopher Magallanes). 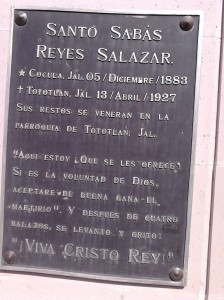 When you see the movie plan to watch the final credits. During the credits there are excellent historical photographs of all the principle characters and others who fought as Cristeros. Watching the photos during the credits, feels as if one is taking a moment to uncover and honor the buried legacy that these individuals left.

Most individuals who have seen the movie report that they were sitting in practically empty theaters. It is interesting that a movie of this caliber is not more attended. The populace of movie goers are not giving it its deserved accolades because it is based on God, on faith, on truth. But those of us that are filled with God, with faith, and with truth can make a statement to the world by seeing the movie. That statement is that we value and support movies that have substance in terms of our faith and values. We can make the statement that we know that this movie is timely. The producer said he was amazed how timely this is today given our current administration’s undermining of religious freedom. As he says, “it’s amazing that we keep doing the same mistake over and over.” And we make the statement that our faith is not broken in times of trial but fortified because it knows no boundaries, not even those of death because we follow the example set by Christ in His love for us.

Make haste to the theater and ¡Viva Cristo Rey!

::Miranda F. Walichowski is a cradle-Catholic who experienced a significant spiritual reconversion in 2008. She is a wife and mother of four children. Outside of the home she works as a clinical professor of educational psychology and is the coordinator of a teacher preparation program. Because of her educational and professional background and her desire to use her time, talent, and treasure for God she has created a ministry to assist parents and teachers in educating their children/students (www.miranous.com).::