If Abortion Were Illegal 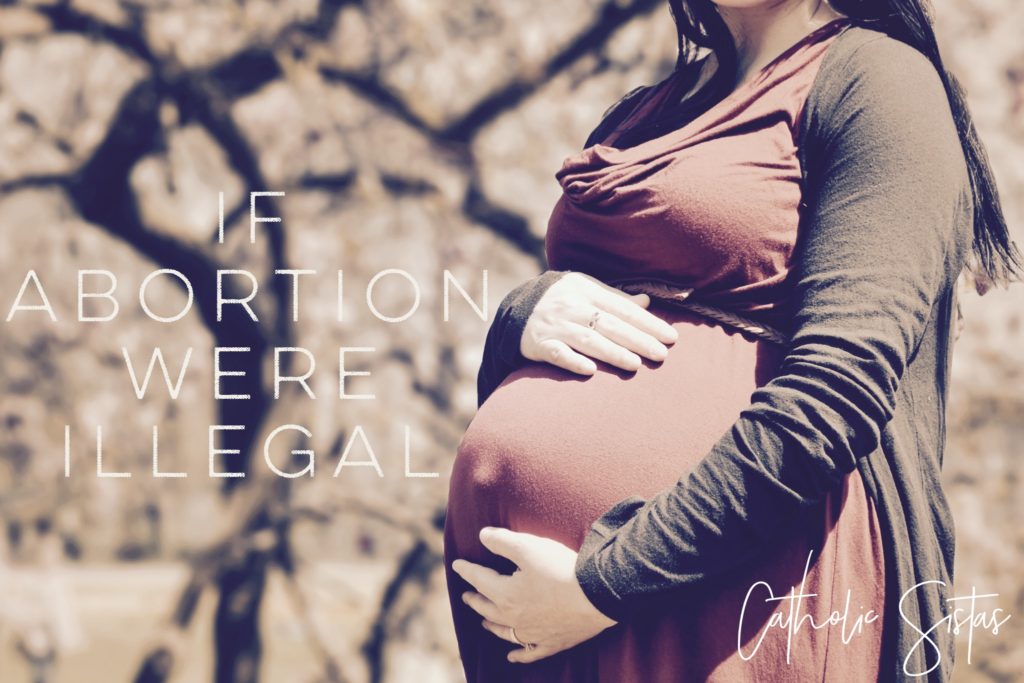 With the inauguration of President Trump, the subsequent Women’s March, and the annual March for Life, abortion has been a hot topic on social media lately. One of the staple arguments in favor of legal abortion is that making it illegal will not stop it. It doesn’t matter if abortion really kills babies. We would still have tons of illegal abortions, so we might as well ensure that they are done “safely.” This reasoning is unevenly applied to the abortion question as compared to other issues – no one would ever use it in other circumstances that involve violations of the rights of others. But leaving that aside, the argument doesn’t hold up under scrutiny for another reason. It assumes that if abortion became illegal, practically the only effect would be that the procedure would become less safe. This is illogical and false.

If abortion were illegal, the culture surrounding it would change drastically, thus leading to fewer abortions and fewer total deaths.

If abortion were illegal:

People often compare illegal abortion to prohibition. Everyone knows that prohibition was a failed experiment in controlling social behavior. People drank anyway. So, people will abort anyway. However, this comparison fails. Abortion is not at all like drinking alcohol. If we are to believe the many pro-choice people who claim abortion is a difficult choice for a woman, and that no one is “pro-abortion,” then it’s obvious how different it is from deciding whether to take a drink of alcohol.  Prohibition didn’t work because there isn’t an innate knowledge of the supposed evils of alcohol written on each person’s heart. Alcohol is not evil. Drinking alcohol does not violate anyone’s rights in itself. It doesn’t go against the very nature of the person taking the drink. Prohibition was absurd on the face of it, inspiring contempt for the law rather than influencing people’s behaviors and consciences.

However, if abortion were illegal, it would pave the way for people to start listening to their consciences again, rather than to government and social propaganda that dehumanizes the unborn.